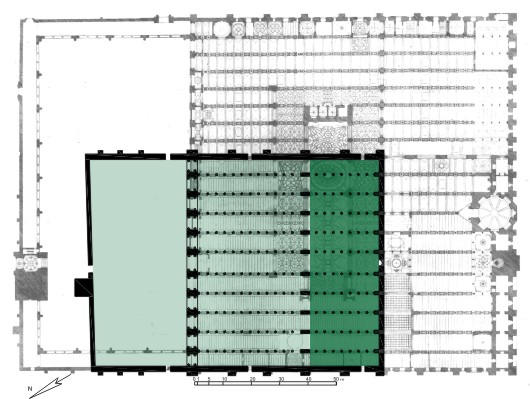 Mosque of Abderramán II over current floorplan.
Abderrahman II enlargement was made towards south by demolishing the qibla wall and adding eight new arcades. Parts of of qibla were preserved to allow structural safety, but spatial sensation did not change and the new mosque was absorbed into existing space. 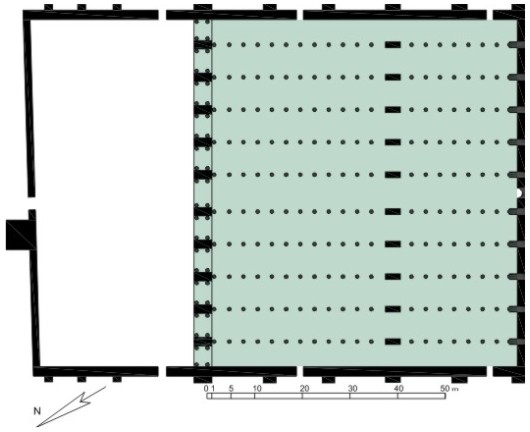 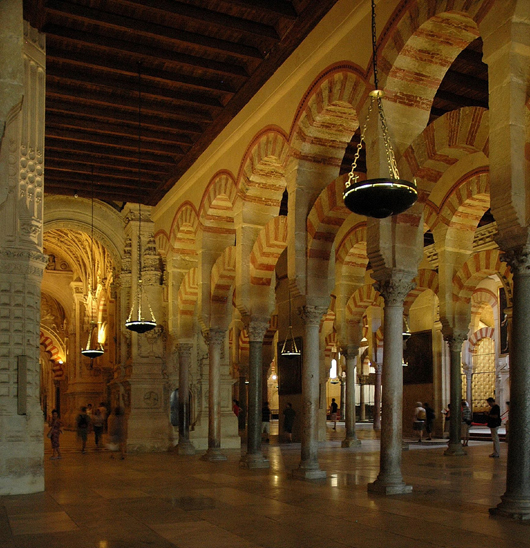 Mosque of Abderramán I. Arcades and primitive quibla wall.
In order to strengthen façade stability, Abderrahman II built a second facade by doubling the existing one. This solution will become an exportable model to later Hispanic-Muslim architecture. 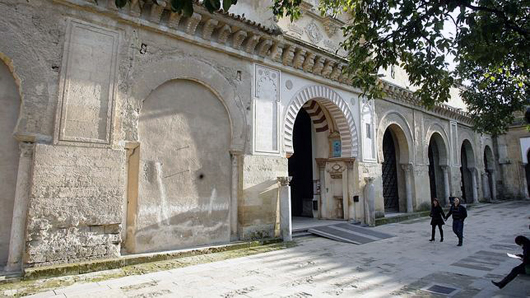 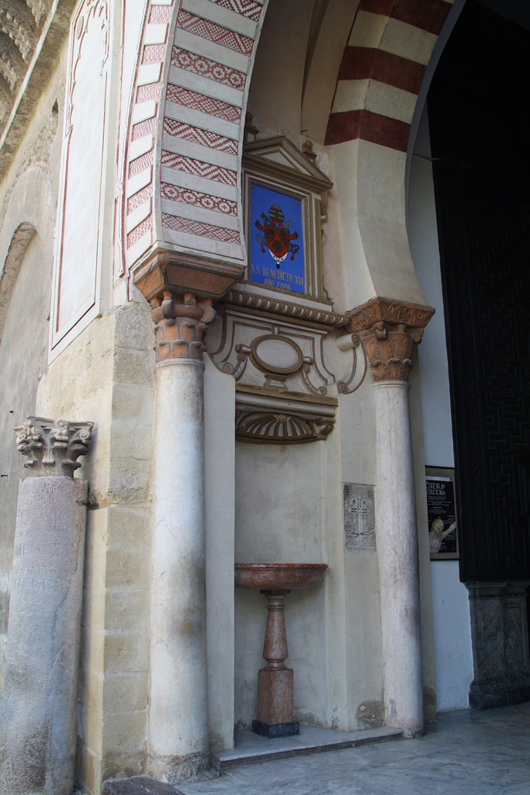 Detail of double columns.
Abderrahman III was concerned with building Medina Azahara palace, but also spoke took part in the mosque, this time north. He regularized courtyard perimeter and build a new minaret, whose structure will be the basis for Christian Belltower. 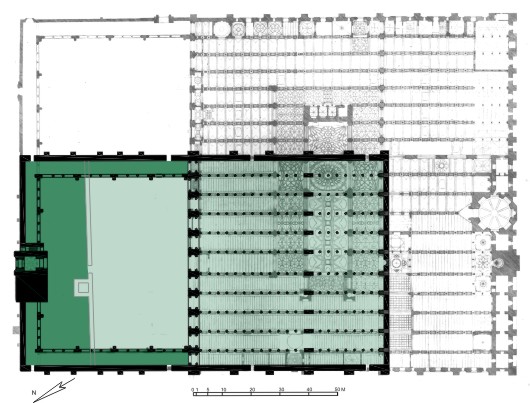 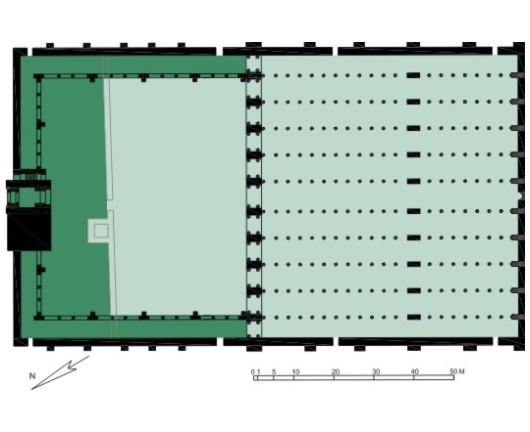 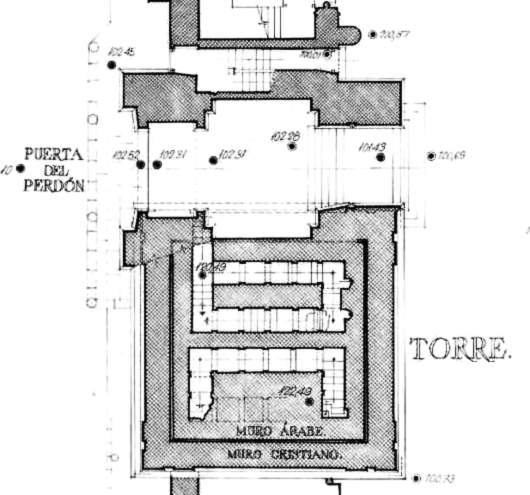 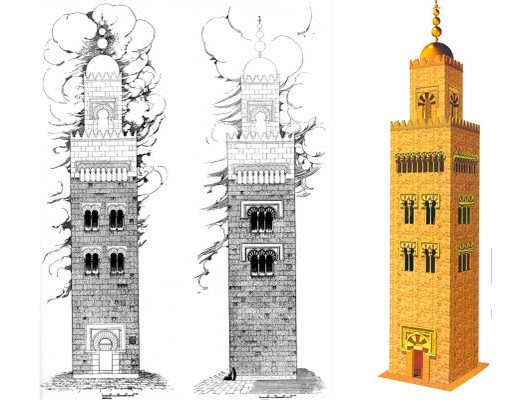