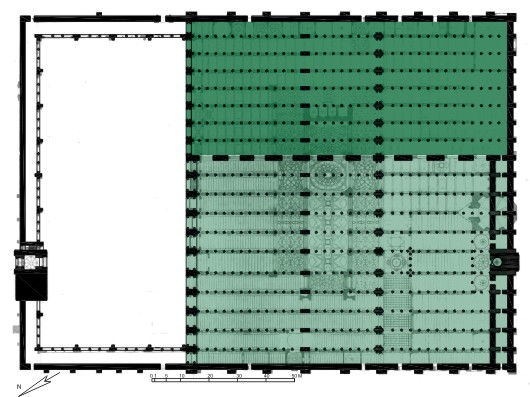 Almanzor enlargement over current floorplan.
Almanzor used next enlargement to demonstrates his power on the court. It almost doubled formr Mosque size against any building evolutionary logic. The expansion took place laterally, ignoring mirhab axis used in other enlargements. Once again, the building got a neutral and isotropic space. 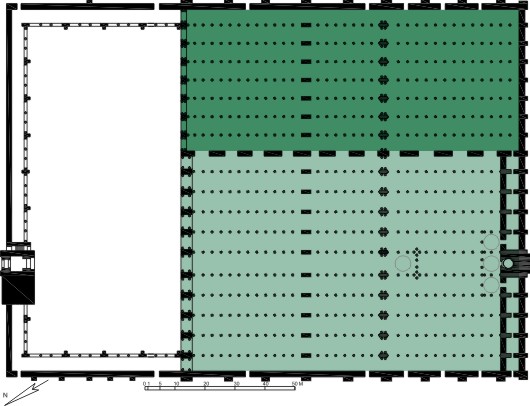 Floorplan of Almanzor Mosque
However, architects sought a continuity with previous building, and divided the new enlargement by continuing Abderrahman II quibla wall. This led to a wall cross intersection that provided an orientation into columns forest. 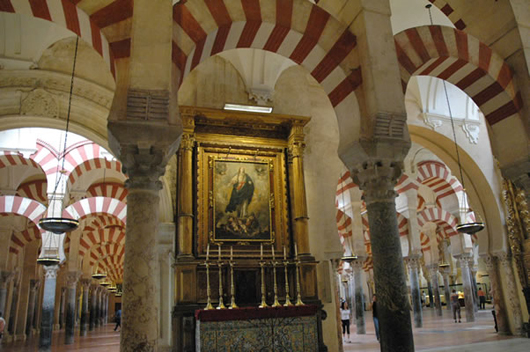 Access to Almanzor enlargement
Architects were able to create a subtle transition from one space to another through old wall by thick horseshoe arches supported by columns. Although the architectural elements lost in delicacy, they gain in unity through their abstract synthesis. 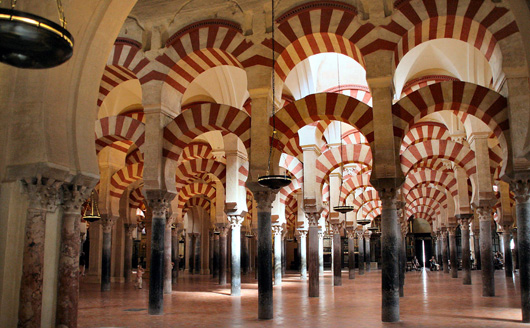