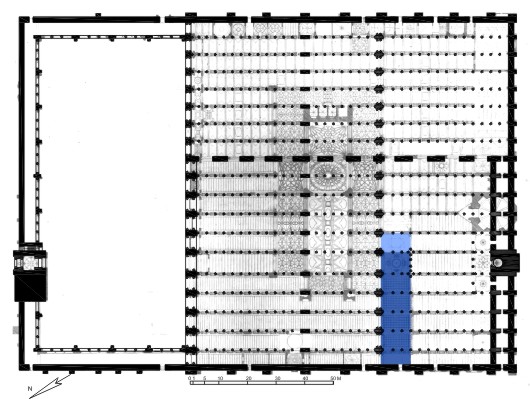 Royal Chapel (pale blue) and Gothic Cathedral (dark blue).
When Fernando III reconquered Cordoba in 1238 he ordered to destroy all mosques in the city, which would be replaced by Gothic-Mudejar churches. However, the king was astonished at the firmness of the Great Mosque and decided to keep it, occupying only the entry dome of Al-Hakem II expansion, which will be known as Villaviciosa Chapel. This chapel will define Mosque-Cathedral Christian focus while the rest remained unchanged. His son Alfonso X el Sabio decided to build a new chapel where to be buried, just close to Villaviciosa. To do this he requested Islamic builders to allow building continuity. No formal and space Gothic contributions were introduced. In the Royal Chapel thus repeats the same pattern of built domes although its decoration is more profound and less tense. 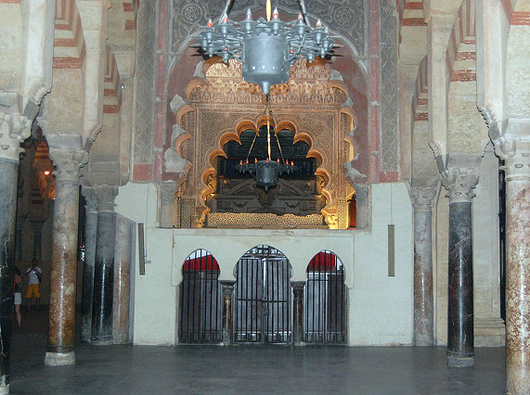 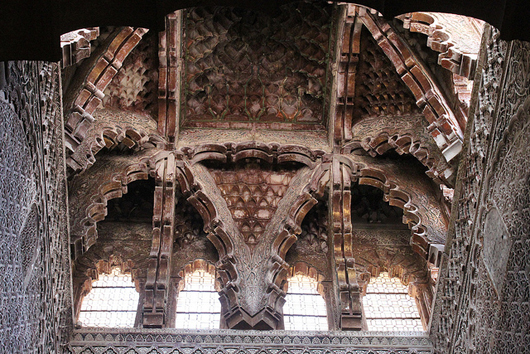 Dome of Royal Chapel.
Bishop Manrique will order first major intervention. In 1489, amid the fervor of the war against Nasrid Granada, he decided to start the transformation of the Mosque into a true Christian church, as the Mosque spatial isotropy made the liturgy difficult, because this is essentially axial.

Transverse section of Alhaquén II enlargement. Roof of Gothic Cathedral can be seen on background.
So the first step was to open a new longitudinal nave. This was achieved by replacing three horseshoe arches and building a new Gothic one. But this intervention was conducted in a careful and intelligent way by Christians builders. They used the boundary between Abdurrahman II and Al-Hakem II mosques to support the arches, so that only one side of them needed to be strengthen. New Cathedral head was located in Chapel of Villaviciosa. Cathedral transept was placed in old Al-Hakem II expansion entrance. This action finally changed orientation in Christian church by using a very symbolic point in the old Mosque. 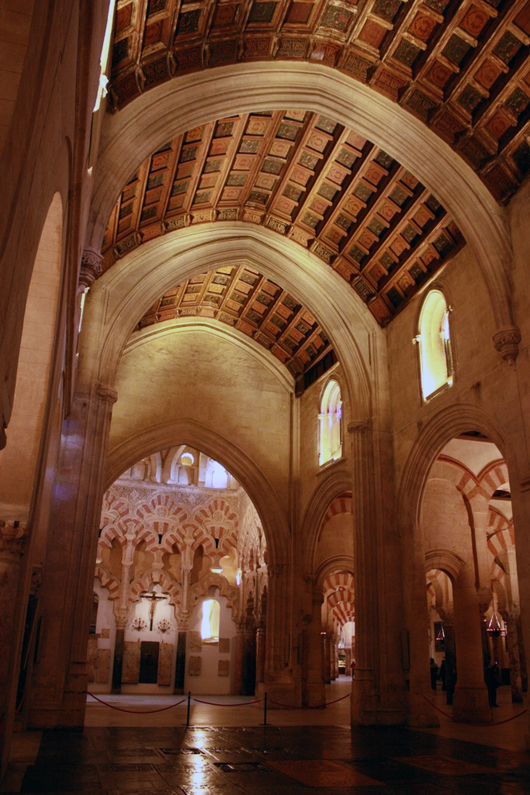 Gothic Catedral inside Mosque of Cordoba. View towards Villaviciosa Chapel, which acts as presbitery. 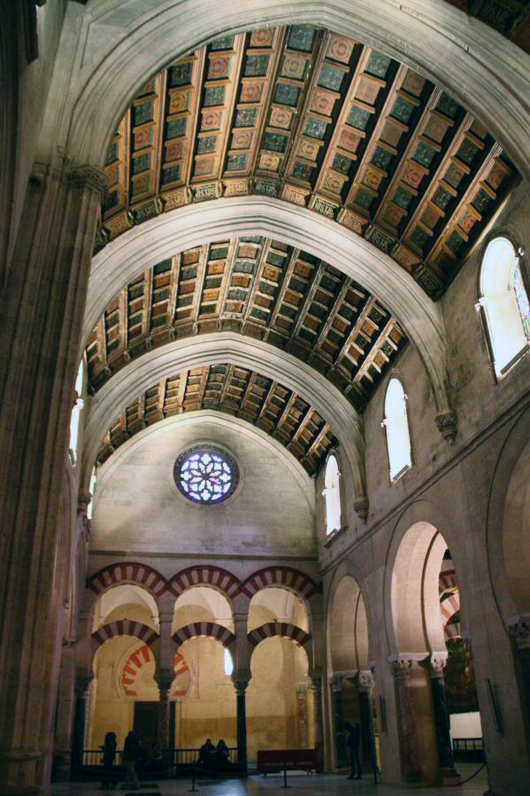