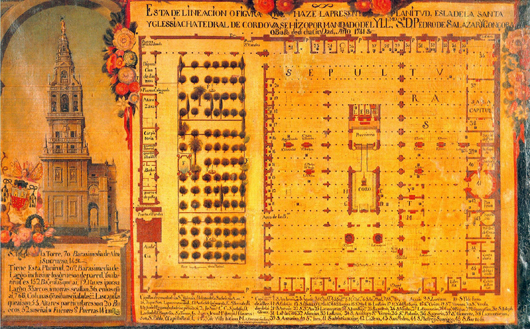 Floorplan of the Cathedral in 1741
Despite all reforms carried out both in Islamic period as in Christian cathedrals, the Cathedral-Mosque lacked of natural lighting. Solution to this lack of light came in early 18th century, when roofs were repaired due to advanced deterioration. Original 10th century beams were replaced and the old coffered ceiling was substituted by plaster barrel vaults. Lanterns will be opened at the ends of each nave, increasing interior brightness which was increased when all arcades were paint in white. This action helped to give a unitary character to the Cathedral. 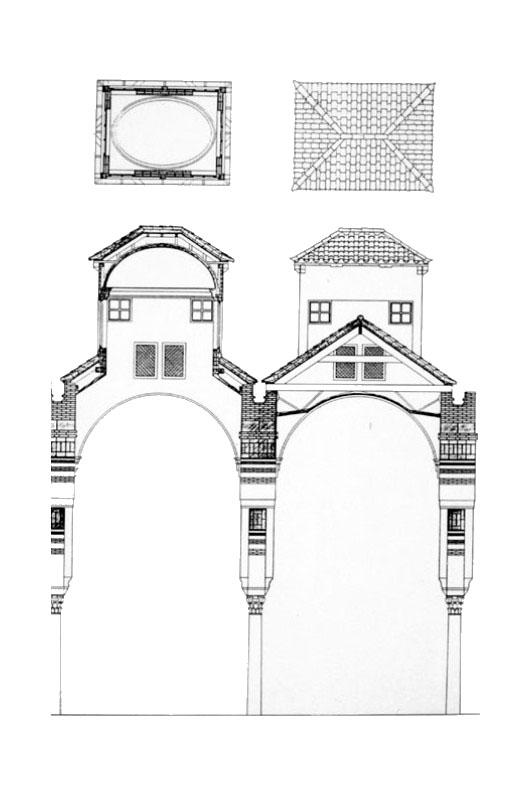 Transverse section of lanterns and vaults
Christianization of the building finishes here. The Cathedral-Mosque was turned it into a bright and unified visual space which is its own museum, as the strength of the original building has remained despite the changes. 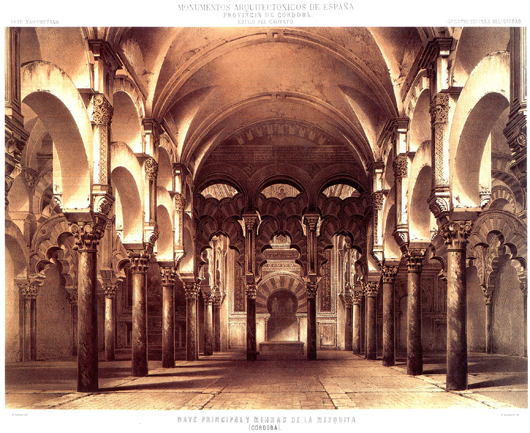 Mihrab Nave in 1879. Arcades are still painted in white. 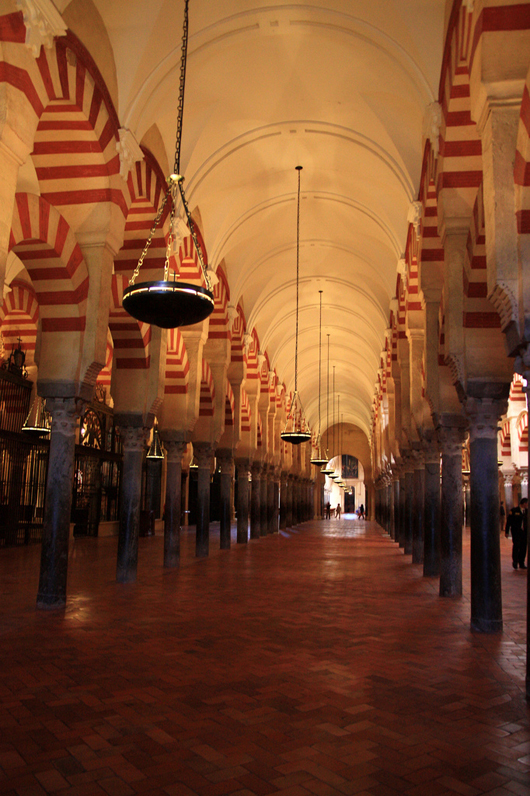