11th century closes with political imbalance in favor of northern Christian kingdoms. Most obvious change is in 1085, when the city of Toledo, former Visigoth kingdom and Islamic capital of du-l-Nuni Taifa, passes into the hands of Alfonso VI of Castilla and Leon. Toledo's capitulation marks a decisive turning point in Spanish medieval history, for both Muslims and Christians.


Aware of their political weakness, Taifa kingdoms sought help from Yusuf ben Tasufin's Almoravid empire, who came to Spain immediately in 1086, defeated Christians in the battle of Sagrajas and although it was not their original purpose, from 1090 unified al-Andalus under their rule. 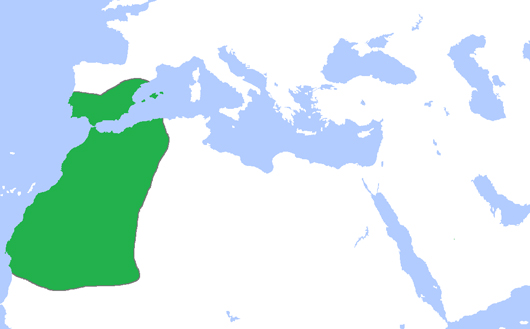 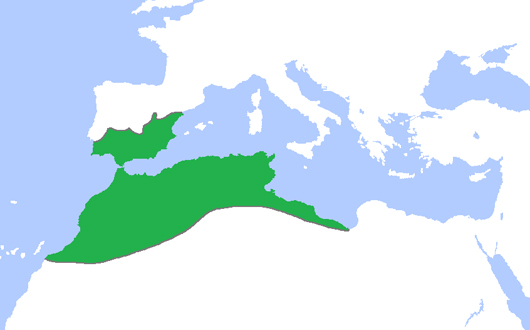 Almohad Empire at its greatest extent c. 1200.
Thus began the two Berbers empires period, Almoravids and the Almohads, settled on both sides of the Strait of Gibraltar, in al-Andalus and Maghreb.

Under Almoravid domination Andalusian artistic tradition extended by North African, where it received new Eastern contributions. These crossbred features can be seen in Great Tlemcen Mosque or Fez Kairuan Mosque. 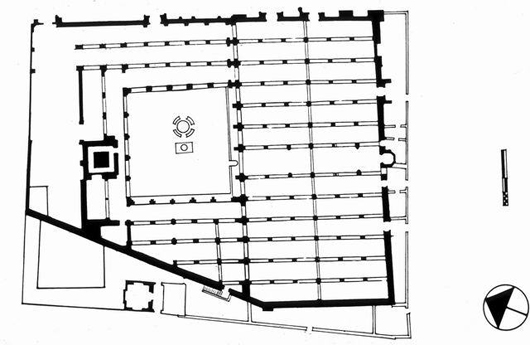 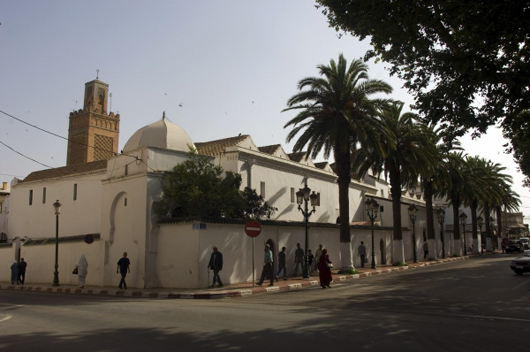 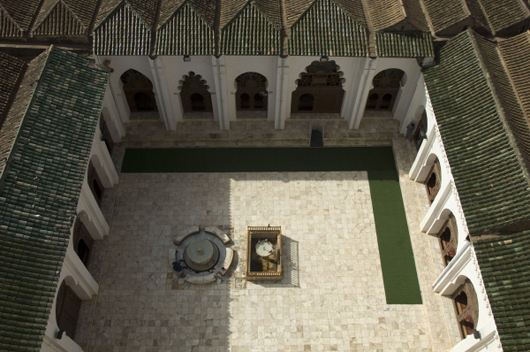 Great Mosque of  Tlemcén, Algeria (1082). Court as seen from minaret. 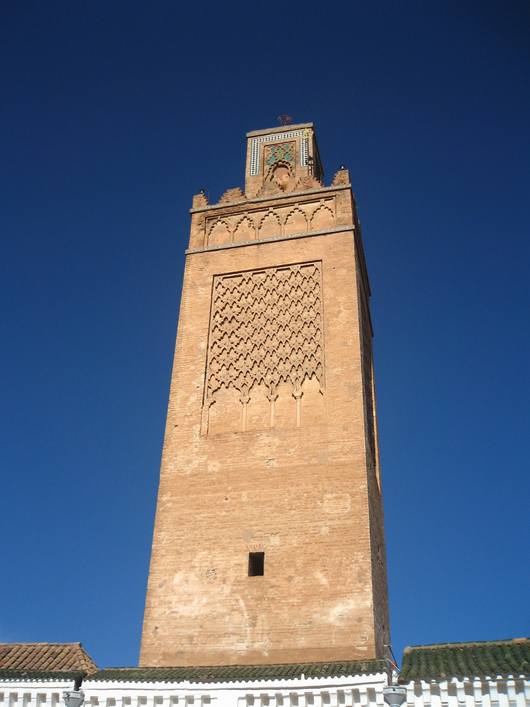 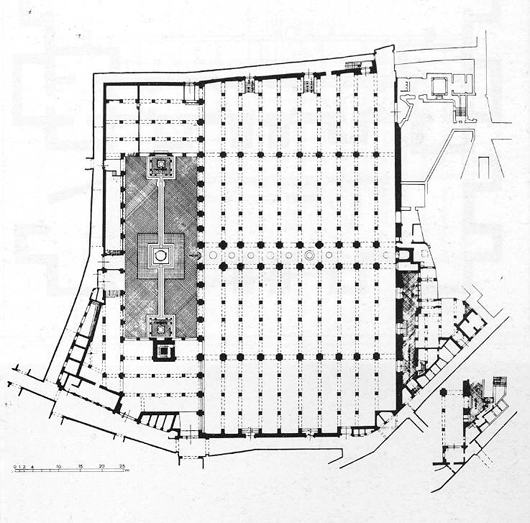 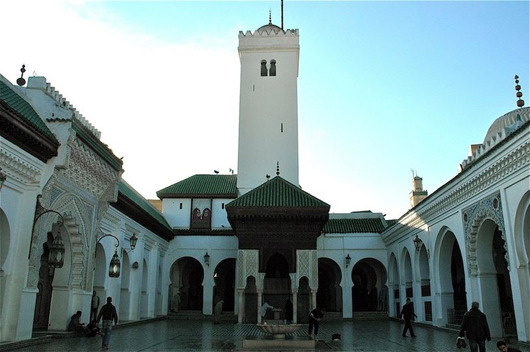 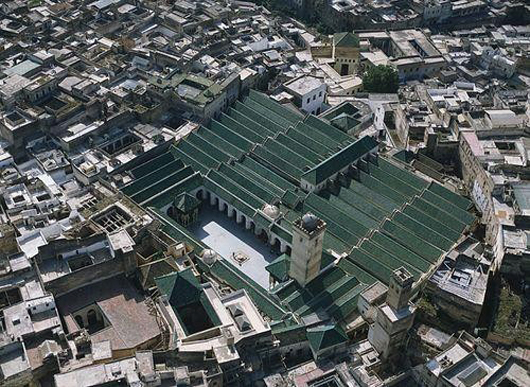 Mosque and Madrasa of Al-Qarawiyyin), Fes, Morocco (1135).Aerial view.
Almohad period left in Seville, Caliph capital from 1171, a Main Mosque, whose main court (patio de los Naranjos) and minaret (now Giralda) have been preserved, with some alterations. From this period we also have important urban palaces that can still be seen in Buhayra and Real Alcázar. 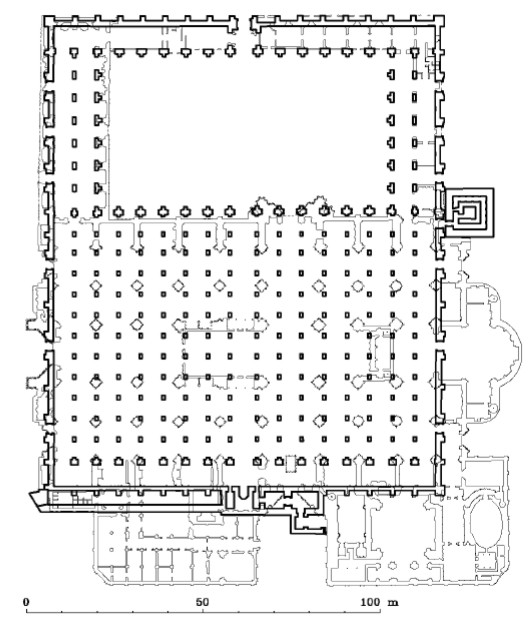 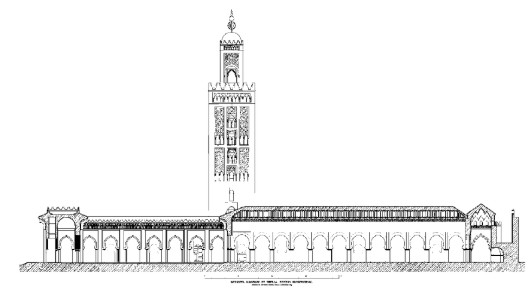 Great Mosque of Seville (1172-1198). Section through courtyard and mirhab nave. 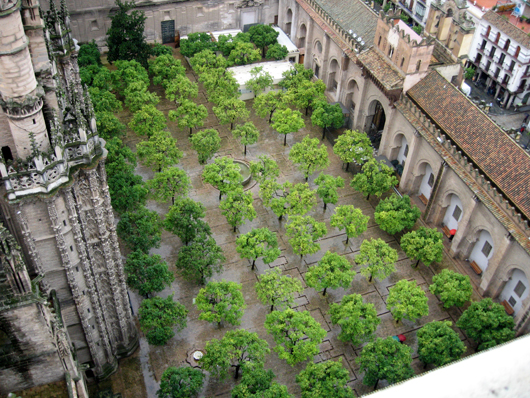 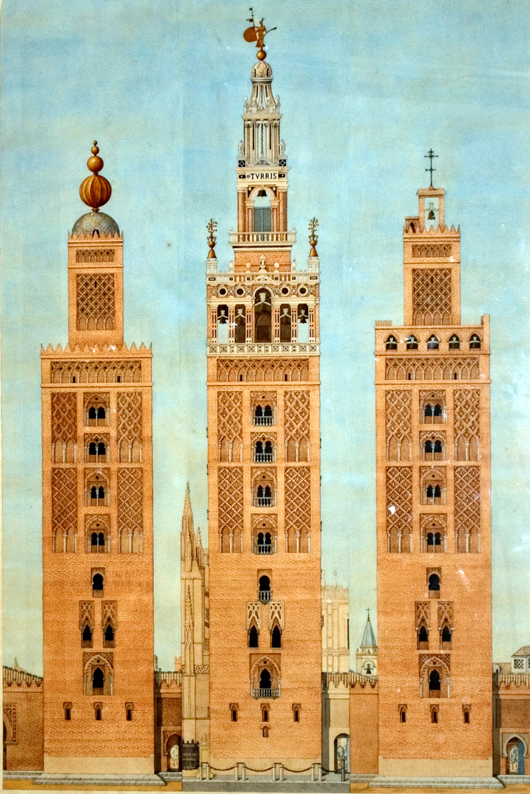 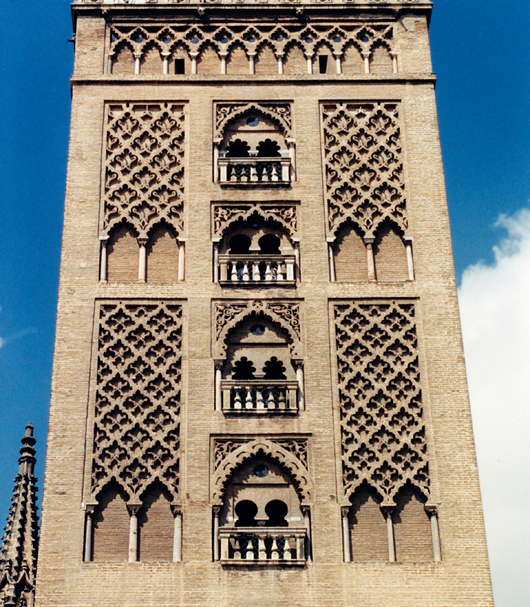 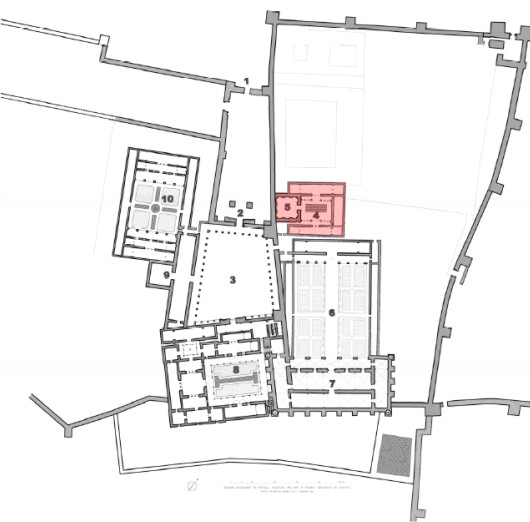 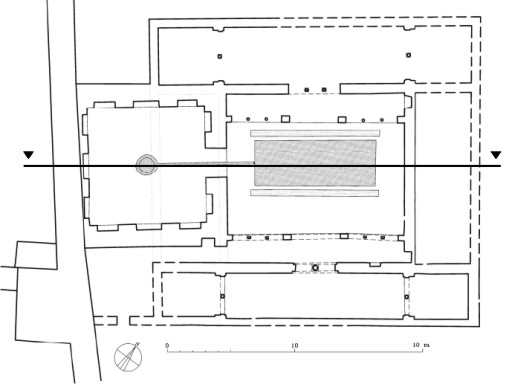 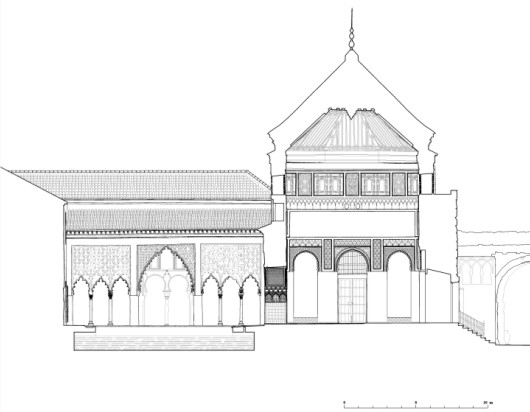