Al-Andalus domination by Almoravids and Almohad empires failed to halt Christian territorial advance. In 1118 Alfonso I the Battler, King of Aragon,conquered the city of Zaragoza, capital of the northern Al-Andalus. This followed the conquest of Tudela and Tarazona in 1119, and Calatayud and Daroca in 1120. Another major Christians advance was occupation around middle Ebro valley.

Almohads rule also had to yield to Christian relentless, especially after Navas de Tolosa battle in 1212. The bankruptcy of Almohad power facilitated the conquest of Levantine land by James I the Conqueror, with the capture of Valencia in 1238, and the Guadalquivir valley Fernando III, who carried with it the conquest of Cordoba in 1236, and Seville, in 1248. 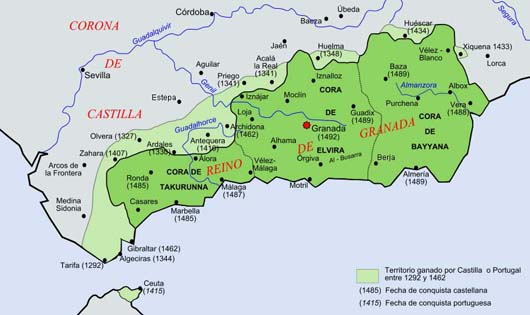 After Almohad power final collapse only Nasrid Dinasty (1232-1492) could survive, thanks to agreements with the Castilian king. Nasrids chose in 1237 chose Granada as their capital and built a new palace city at the Alhambra on the Sabika hill, dominating Andalusia High lands. Andalusian art reached, with Alhambra and Generalife monumental palaces, its maximum expression. Al-Andalus history and Islamic art in Spain end and close in Granad. Thus, for eight centuries, medieval Spain was unevenly and evolving divided between Christianity and Islam, two opposing political and religious cultures. 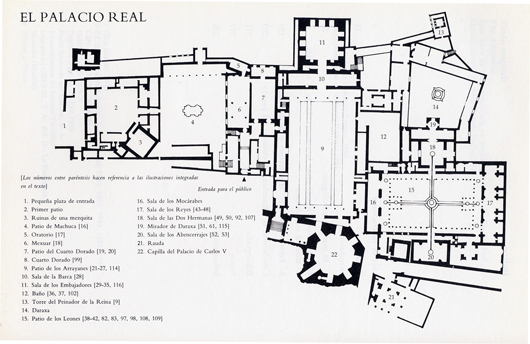 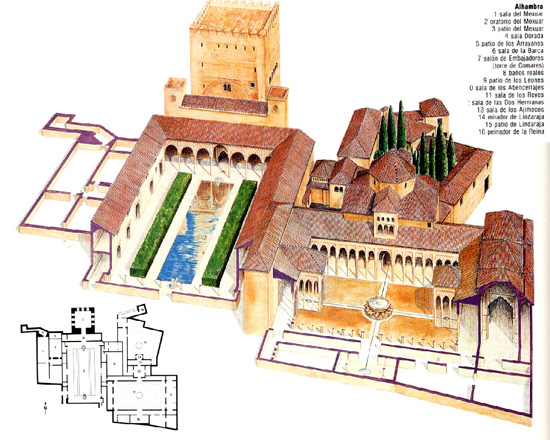 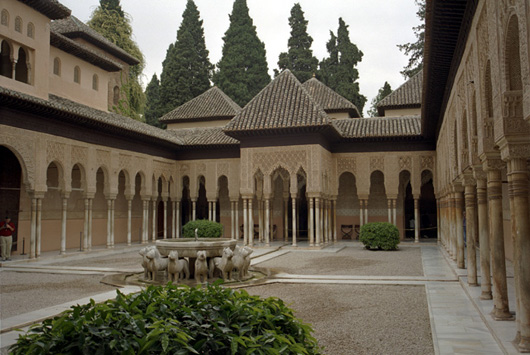 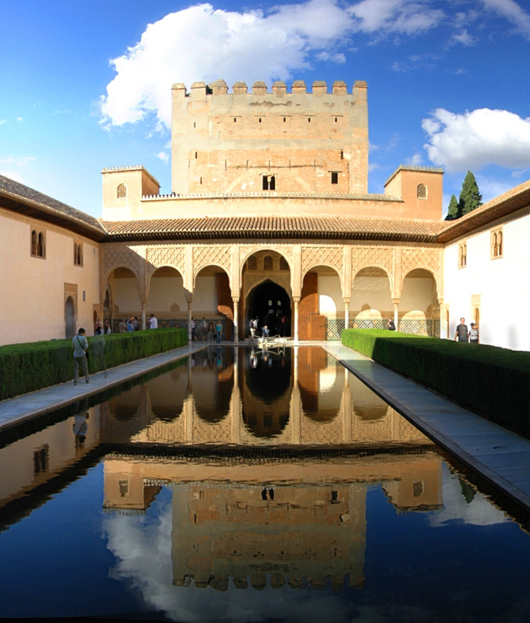