This is an archetype of all Hispanic-Muslim and Mudejar Architecture. It is a large narrow hall, placed parallel to entrance gate from patio. It has one room on each side, called alcove (alcoba, alhanía), which were originally square and separated from main hall by doors. Alcove comes from qubba and many scholars say that this word should only be used if these rooms are vaulted, for example in Patio de Banderas in Seville Alcazar from Almohad period, but this is not usual.

This model appears perfectly clear and developed in Medina Azahara palace, and comes from Fatimid Cairo. This model is so defined that, if there is only one lateral room, a dummy arc is painted to keep the symmetry of space. 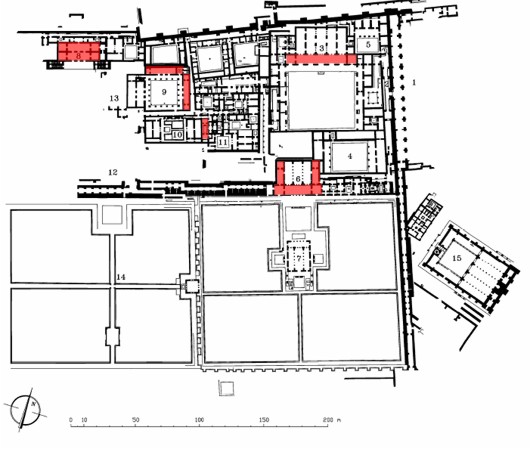 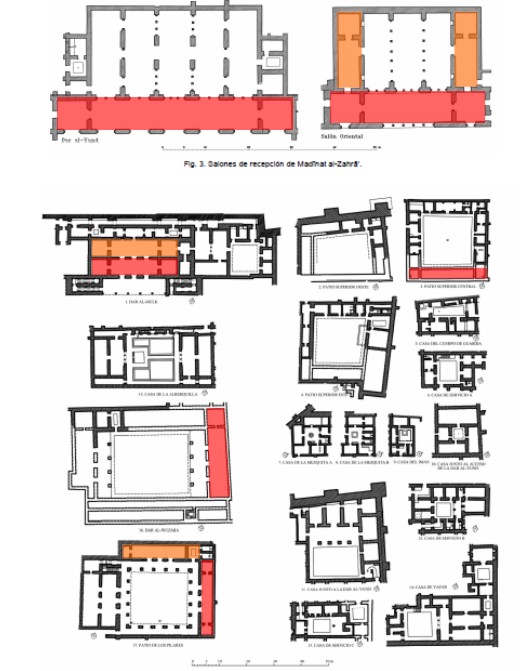 Palatine town of Medina Azahara, Córdoba (936-976). Detailed floorplans showing spaces with elongated hall and lateral alcoves.
In Caliphate, and Taifa kingdoms, as in Ajaferia Palace of Zaragoza, alhanías are separated by a door, which in Spain is always a horseshoe arch. 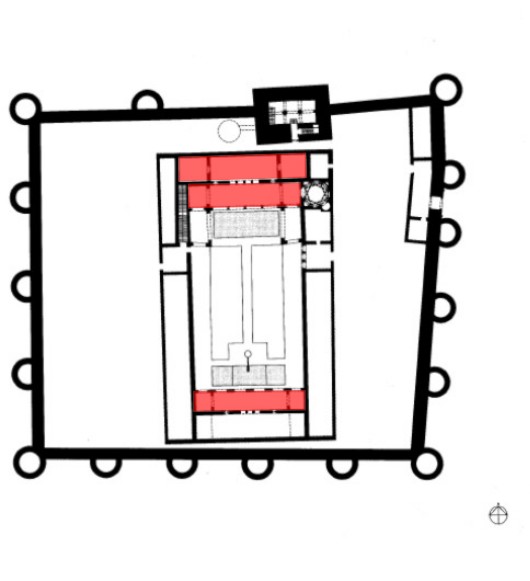 Aljafería Palace, Zaragoza (1065-1081). Floorplan of taifa palace.
Later in Almohad period, alhanía will be more connected into the room through a double arch with a central column and folding doors. 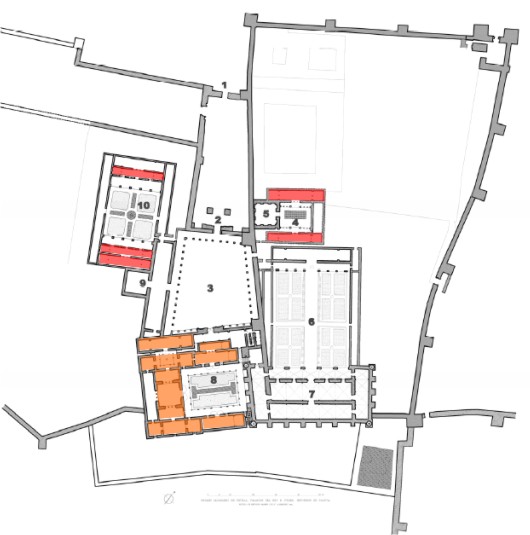 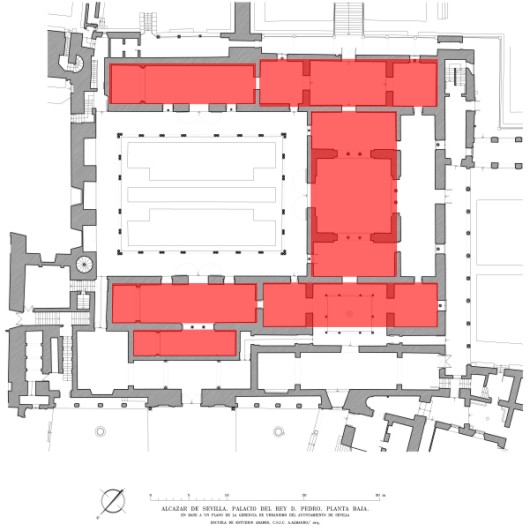 Reales Alcázares de Sevilla. Peter of Castille's Palace showing spaces with elongated hall and lateral alcoves.
Finally, in Mudejar Toledo and Nasrid art, alcoves or alhanías are separated by a large arch beautifully incorporated to the main space. To give privacy to these alcoved, which served as a bedroom, curtains with delicious splendid damask fabric were hung behind the arch. Cleveland museum acquired a few years ago very rich Nasrid textile curtains that might have belonged to Alhambra in Granada. 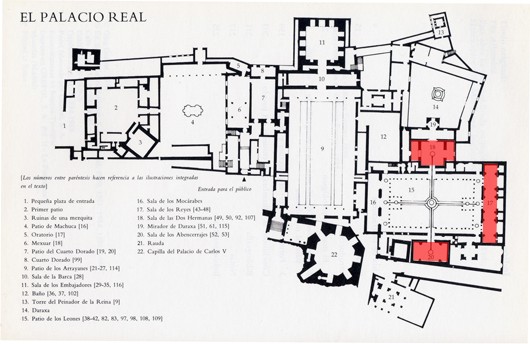 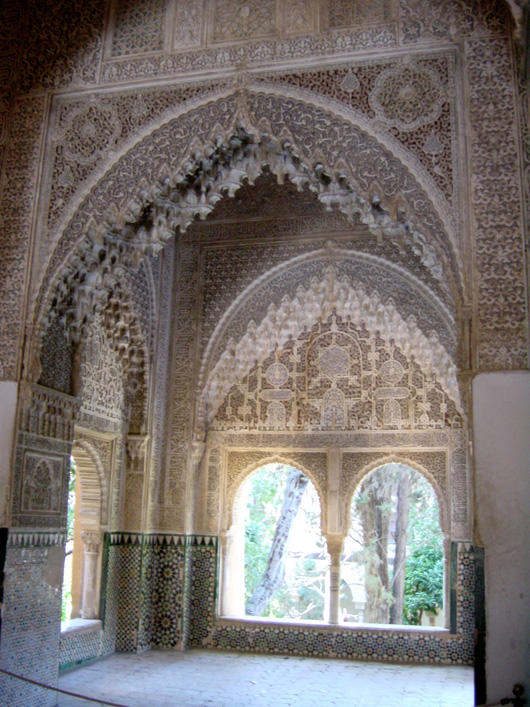 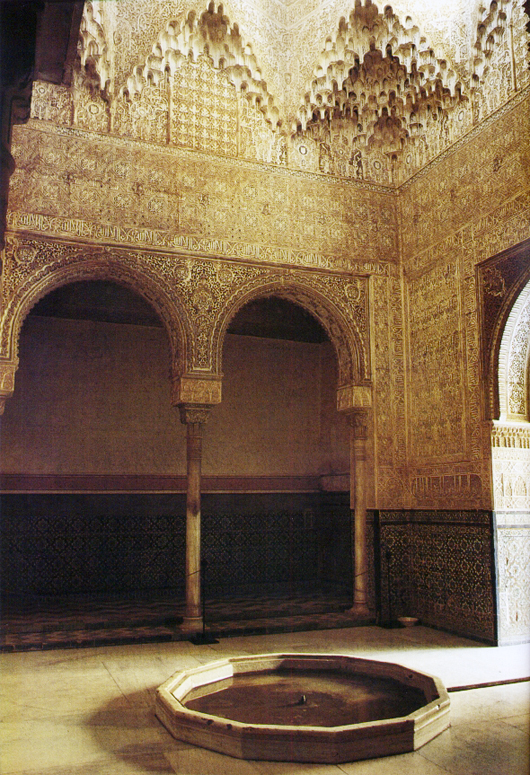 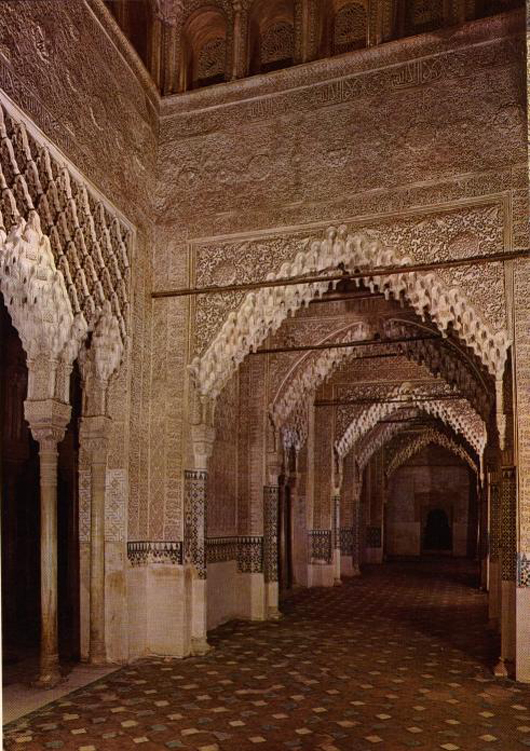