Palladio in Spain (I): Palladian echoes in El Escorial 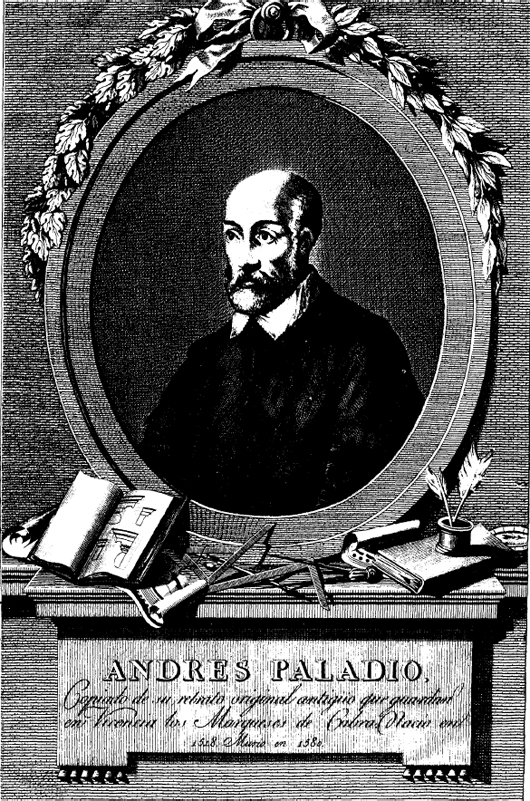 Portrair of Andrea Palladio in the 1797 Spanish edition (1).
After Palladio's death in 1580 his work will achieve international renown until becoming a reference text for classicism. But, was Palladio known in major European courts during his last two decades of his life? What did Palladio know about architecture progress in France, Spain, England or Istanbul?
To answer these questions we must keep in mind the social world in which Palladio played a subordinate but important role. He was an architect to whom powerful people and institutions trusted their money and prestige and who maintained close contact with him. Although it was a hierarchical world, only one or two steps on the social scale were enough to relate someone like Palladio with the peaks of power. Palladio was not personally acquainted with King Philip II or Sultan Selim II, but people who dealt with them, nobles and ambassadors from various European courts who were diplomatic in Serene Republic of Venice.

In 1572 Andrea Palladio designed his only documented architectural project abroad, El Escorial Monastery Church. He was summoned along with other architects: Gian Galeazzo Alessi, Pellegrino Tibaldi, Vicenzo Seregni, Giuseppe Meda, Vincenzo Danti, Jacopo Barozzi da Vignola and engineer Gian Tommaso Barone Martinano. Among them, Palladio was the only one away from filo-Hispanic Italian circles. His presentation letters were his own book published in 1570 and maybe three people in Philip II court who were interested in architecture: Antoine Perrenot de Granvelle (1517 - 1586), Viceroy of Naples to whom Daniele Barbaro dedicated his Vitruvius; Diego Guzman de Silva (d. 1578), Spanish ambassador in Venice, friend of Leonardo Valmarana, whose mother had commisioned Valmarana Palace to Palladio; and Cristobal de Salazar (m. 1584), ambassador's secretary, who had a large math and architecture library. 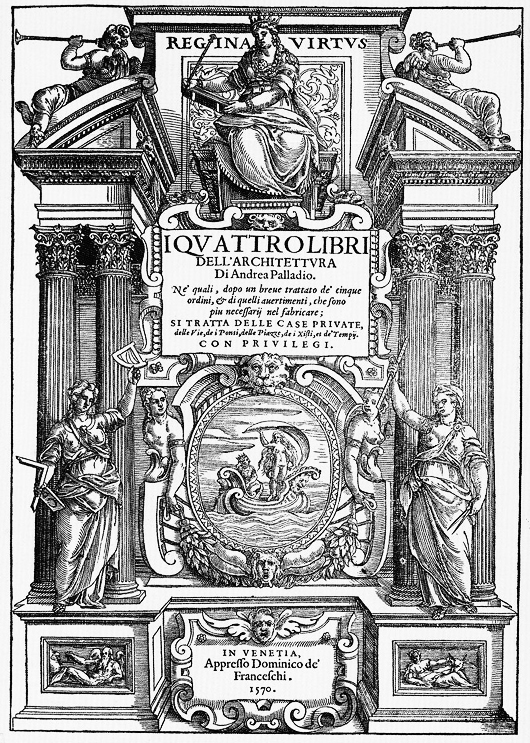 Cover from Frist edition of "I Quatro Libri" of Andrea Palladio. Venice, 1570.
But when the project arrived to Spain in 1573 was dismissed by King because previously Juan de Herrera, the royal architect, had modified the temple dimensions, and so all Italians projects had become unviable. However, we can trace the influence of Palladio project, and his work in general, in four key areas: the narthex with Sotocoro, tetrastyle hall in Sotacor, thermal windows and use of stone. 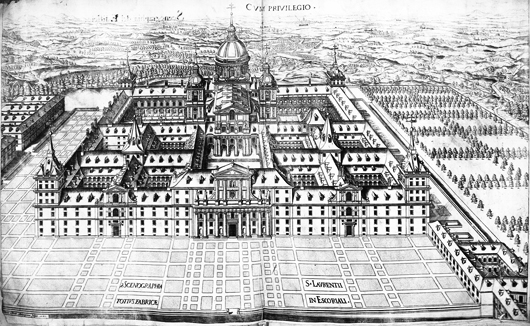