4 .- Use of stone.
Finally, the practice introduced in El Escorial in 1576 of hewing stone in quarries imitating what was thought to be Roman and biblical custom, is suggested in The Four Books of Palladio, but in a different way.


“But as far as I could ever comprehend, the first wrought and squared those sides of the stones that were to be laid upon one another, leaving the other sides rough, and thus employed them in the building: For as the edges were then thicker and stronger, they could the more conveniently manage and move them backwards and forwards, until they were placed and well united together, with less danger of breaking them than I f all the sides had been squared and polished, which would have made them too thin, and consequently more apt to be spoiled.


And in this manner they built rough rustic edifices; and then thus finished, they then polished all those sides of the stones that were exposed to view. As the roses between the modilions, and the other ornaments carved in the cornice, could not however be so conveniently made after the stones were fixed, these were worked whilst they lay upon the ground. This is manifest by the many stones found unwrought and unpolished in a great many ancient buildings.” 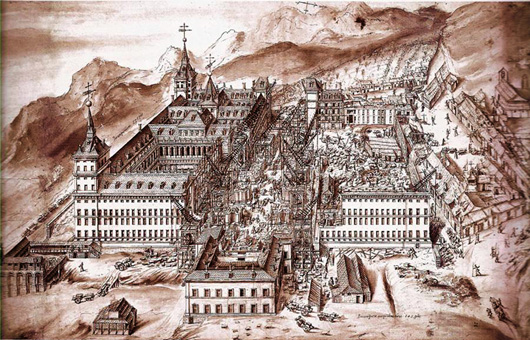