3.- Thermal Windows
Top of central nave and choir imitates Roman baths architecture with ten large clerestory windows. They are semicircular, with a vertical divisions that mark three lights on each, resembling Roman Baths windows and vaults built after Trajan and which appear in ancient Rome Palladian studies. 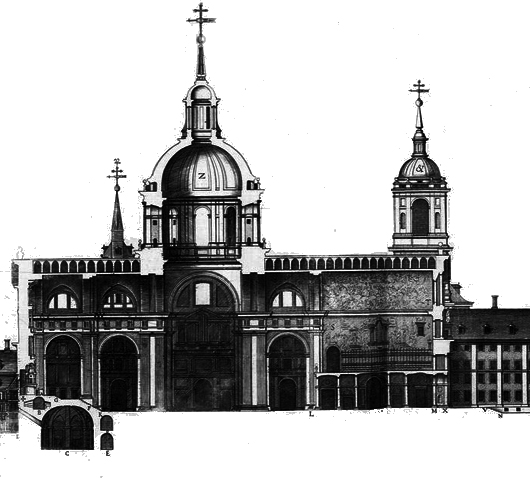 Longitudinal section of the Church in an engraving from 1694
As in Gothic architecture, a wide corridor over entablature is opened in the wall thickness, allowing movement throughout the building necessary for maintenance and fire protection.
In addition to Roman examples, we find are examples of thermal arcs on Villa Thiene (1543) and Villa Foscari (1558), as well as Palladian churches such as Il Redentore (1570) and San Giorgio Maggiore (1576), although they do not appear in Il Quattro Libri. 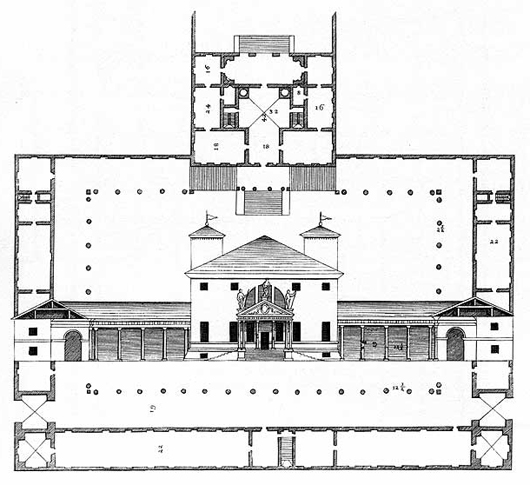 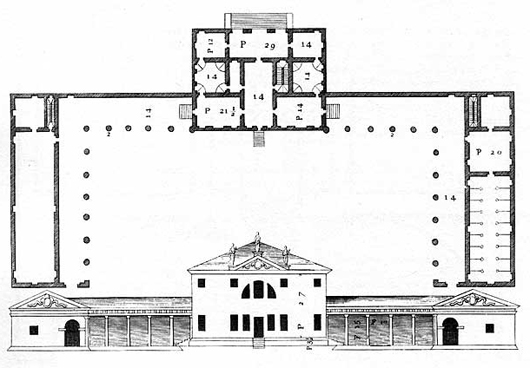 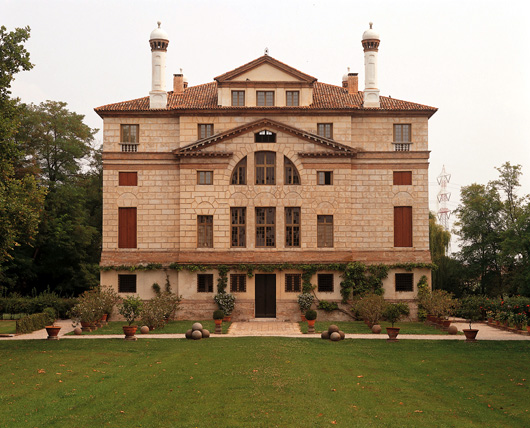 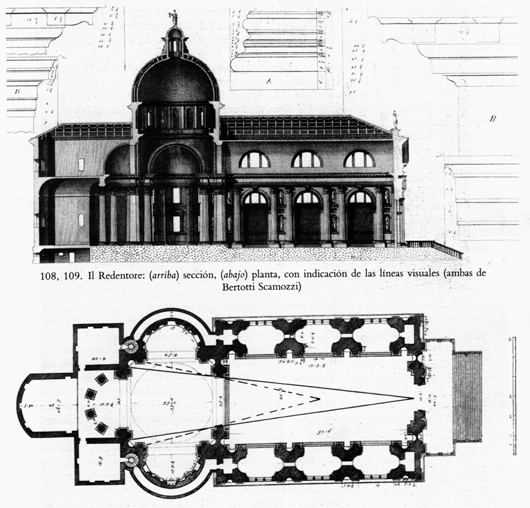