Sotacoro has a Palladian tetrastyle hall form and structure. The narthex leads to another squared entrance hall, which served as a hall for common people while king and court were in the great Church nave. 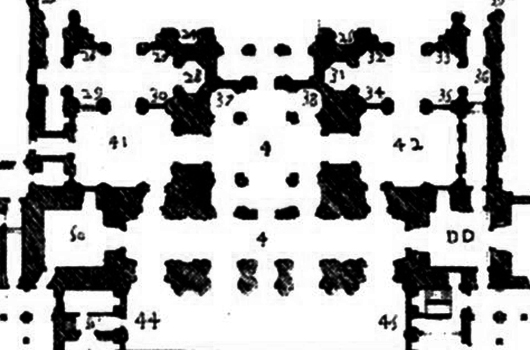 Plan of narthex and sotacoro in an engraving from 1694 (1)
Sotacoro rests on four pillars placed near the corners which support a flat vault. This provision is called by Palladio tetrastyle hall with columns to provide more width than height and safely support upper chamber weight. 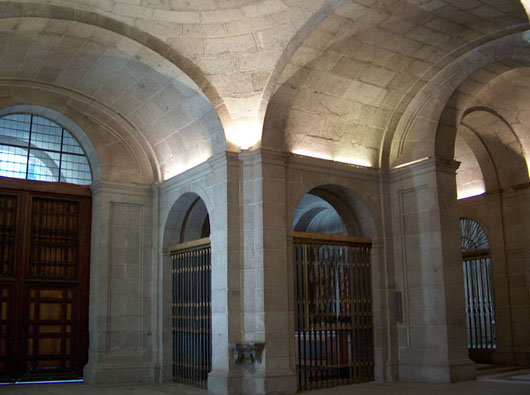 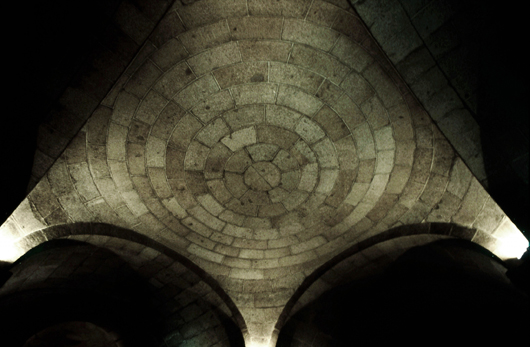 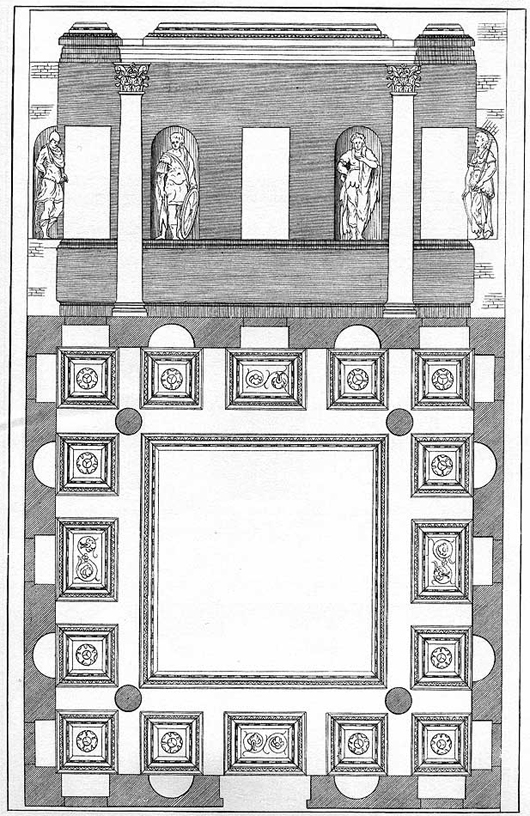 Tetrastyle Hall in Isaac Ware edition of "I Quatro Libri"(1738).
We can find antecedents of this tetrastyle hall in Villa Cornaro (1552) and Villa Mocenigo (1570). 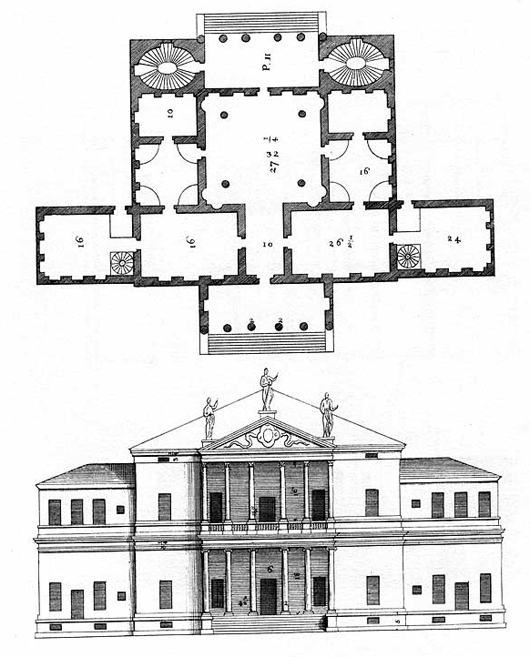