1.- Narthex with sotacoro.
As in many Palladian houses, church facade has a narthex with arcades under a superior room, which is the choir balcony. This combination of narthex under choir is called above narthex with Sotacoro model. Narthex is the entrance portico and Sotocoro is the area in front of the nave, while both of them support the choir space. 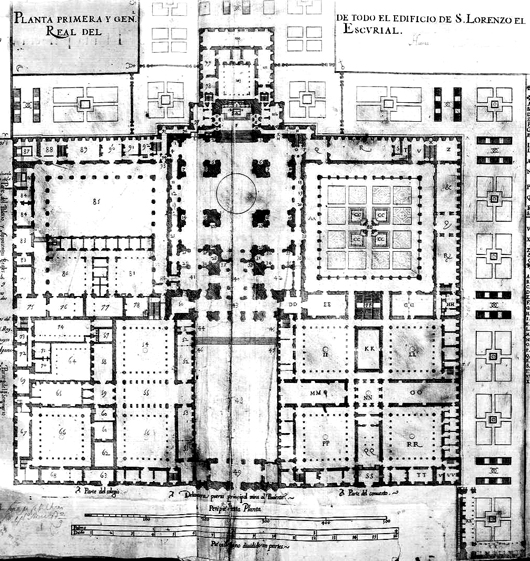 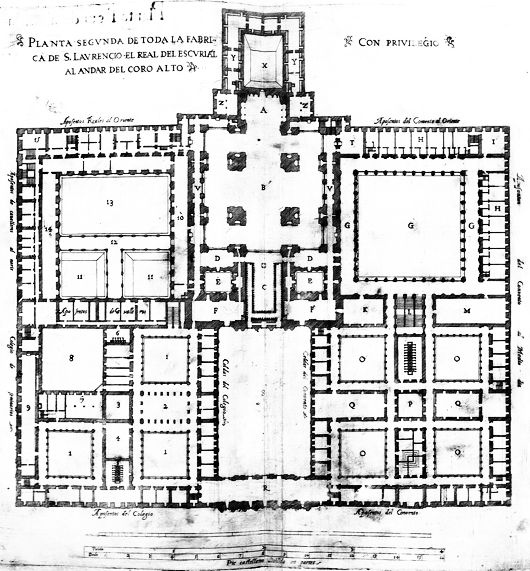 Ground and First Floor of the Monastery in an engraving from 1694 (1). 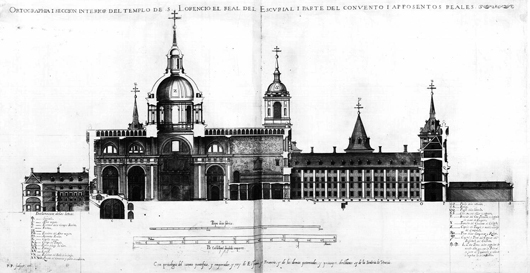 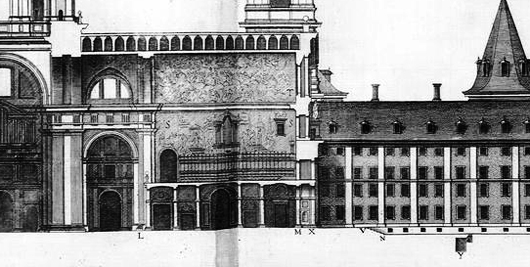 Longitudinal Section and detail whith narthex and sotacoro in an engraving from 1694 (1)
Palladian antecedent of this structure can be found in Villa Godi (1540), Villa Thiene (1543), Villa Repeta Campiglia (1557), Palazzo Chiericati (1551) and Villa Cerato de Montecchio Precalcino (1560). This provision was originated in San Sebastiano Church in Mantua, by Leon Battista Alberti (1460), where the narthex facade is a loggia under a closed upper chamber and precedes a chorus crowned by a pediment. 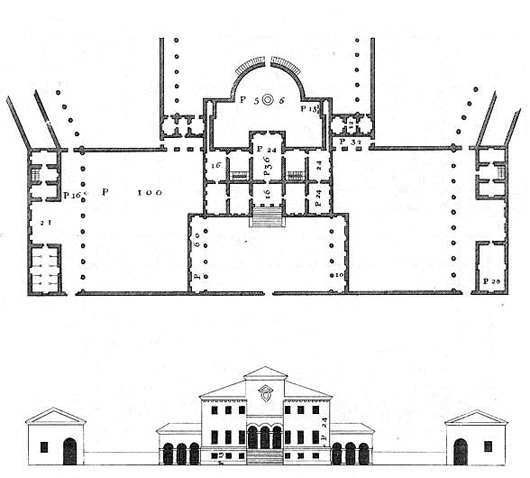 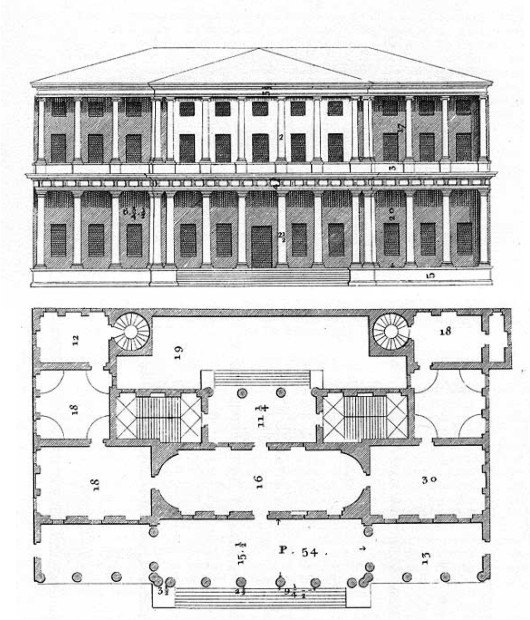 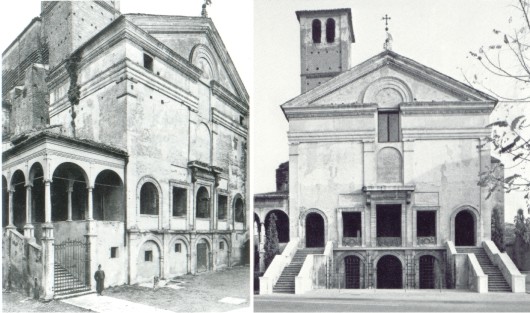 San Sebastiano in Mantua (1460) before and after its restoration. Lower loggia is seen on both photographs. 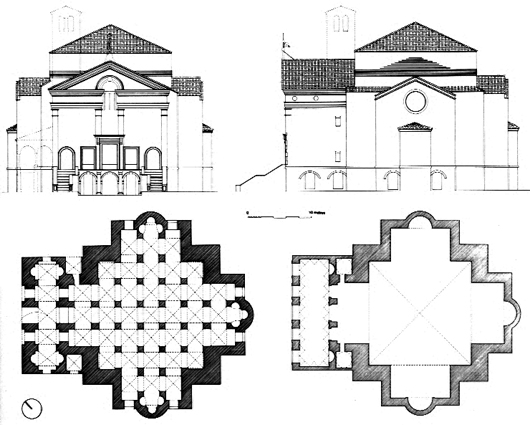 Plans and elevations of San Sebastiano in Mantua (1460)
Need for this provision is explained by the Spanish habit of building a balcony choir in smal churches. This balcony has the same with as the nave entrance and this way monastic community is separated from the rest of the faithful. Thus the facade offers a new provision that combines choir-balcony Spanish tradition with a domestic loggia as described by Palladio. 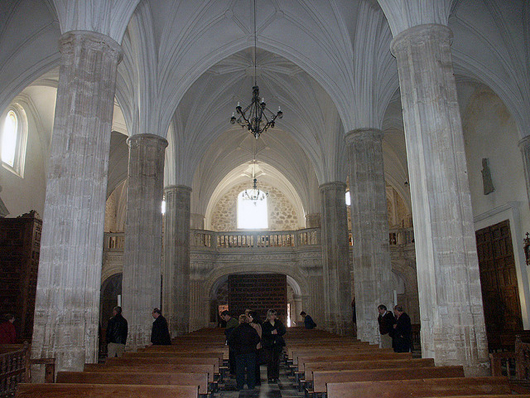