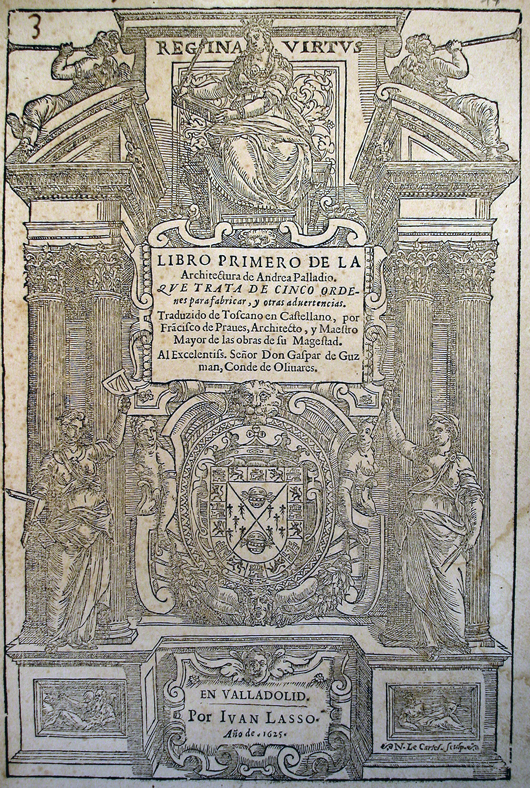 
In addition to this direct influence on El Escorial architecture, Palladio's treatise was a reference for many Spanish architects who read his treatise. Among them, Domenico Theotocopuli "El Greco" (1541-1614), Juan de Ribero Rada (1540-1600, first translator into Spanish in 1578), Juan Bautista de Monegro (1545-1621), Francisco Mora (1553-1610) Pablo de Céspedes (1538-1608), Andrés de Ocampo (1555-1623) and Jorge Manuel Theotocopuli (son of "El Greco", 1578-1631).
Juan Ribero de Rada demonstrates a broad knowledge of Palladio's typological solutions and orders, as it can be seen in Monasterio de la Santa Espina staircase (Valladolid, 1578-1586), Monasterio de San Benito el Real (1584-1596) or Zamora Cathedral new facade (1592-1599). Among conditions established for the construction of Huelgas Reales Church in Valladolid (1579), Ribero de Rada noted with some insistence that certain elements and methods had to follow models taught Palladio, as is the case of the Corinthian order. 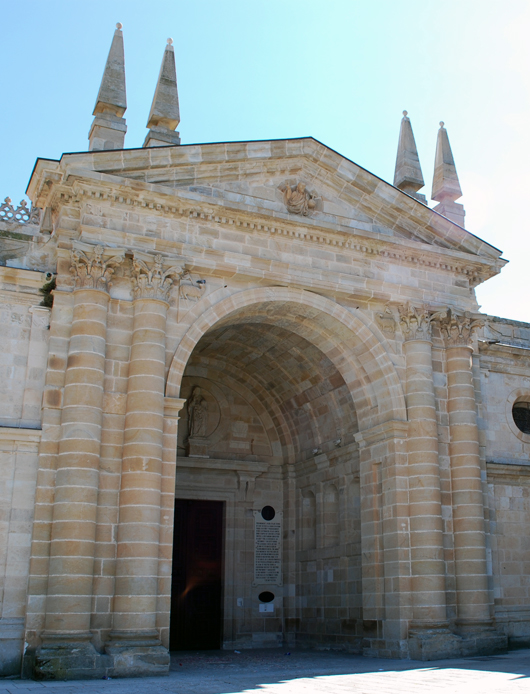 Cathedral of Zamora, North Façade built between 1592 and 1599 by Juan Ribero de Rada.
El Greco is probably the only Hispanic artist in that time who could have directly visited Palladio's buildings. Although he was a painter, he built many altarpieces where the Italian influence can be seen: Santo Domingo el Antiguo in Toledo (1577), San Jose in Chapel Toledo (1597), Nuestra Señora de la Caridad Hospital at Illescas (1603), San Vicente Martyr Ovalle Chapel in Toledo (1614) and Hospital de Tavera in Toledo (1595). Also in his painting "Immaculate Conception and San Juan Bautista" (1586) a representation of the Temple of Pola as described in Il Quaro Libri can be seen. 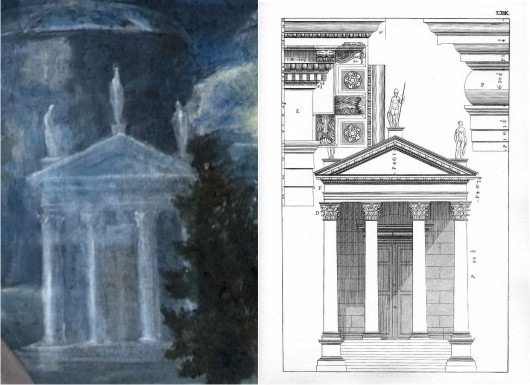 Detail of this picture were a temple can be seen and elevation of Temple of Pola as seen in Book IV (english edition of 1738)
First printed edition in Spanish appears in 1625 in Valladolid, by Francisco de Praves, who dedicated it to Conde Duque de Olivares, King Philip IV favorite. 1625 edition is limited to books I and III because Francisco de Praves considered that their contents (orders and public buildings) are more relevant than those treated in books II and IV (villas and antiques) that were not even edited. This indifference must be understood from the difficulty of extrapolating Palladio's villas and palaces typologies to Spanish society and the remoteness antiquity monuments mentioned in Book IV. It is also necessary to consider the valuation about Palladio in 17th century, because his work was known only through printed editions, where orders vocabulary and his vision of antiquity were emphasized from his villas linear xylographs. 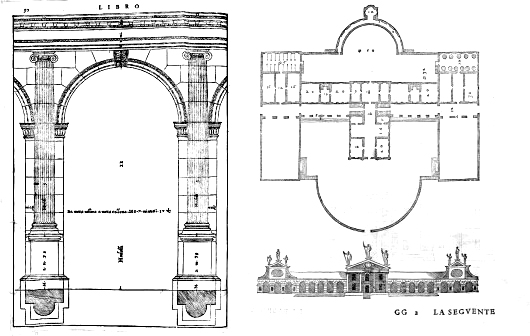 Ionic Portico and Villa Barbaro as seen on First Edition of "I Quattro Libri". There is a contrast between the defined orders and eschematic design of the villa. (2)
Consequently, Palladio was kept in a bookish area , sharing space with other theoretical like Serlio, Vignola or Scamozzi. Fray Lorenzo de San Nicolás include his orders on equal footing with other theorists in his "Art and Use of Architecture " (1639). Even the cover of I Quattro Libri was displayed on Immaculate Conception Convent façade in Lebrija. But this influence will blur as Spanish Baroque develops. 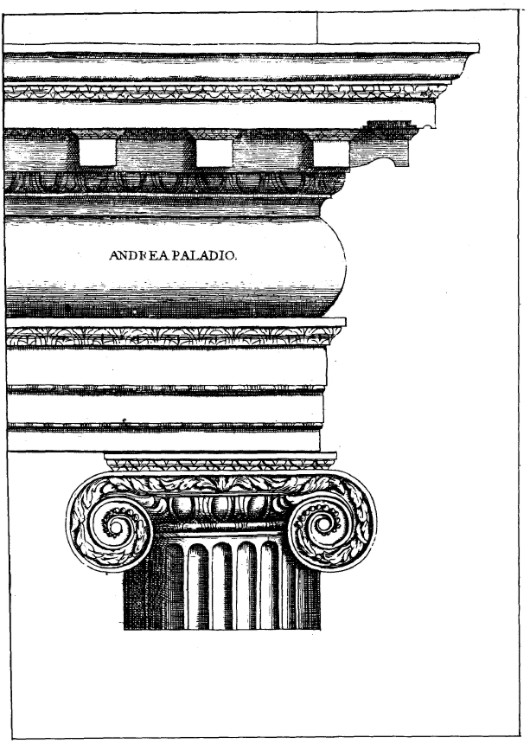 Palladian Ionic Capitel and Entablature in “Art and Use of Architecture” (1639) (3). 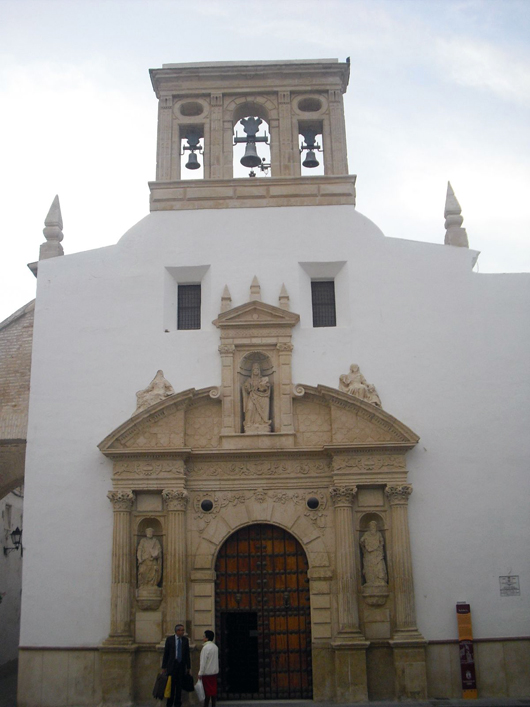