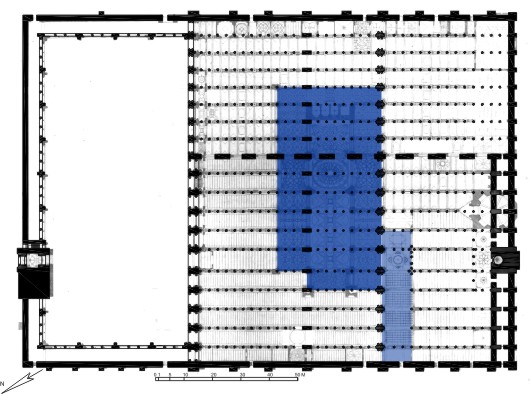 Gothic Cathedral (pale blue) and Renaissance Cathedral (dark blue) over Almanzor Mosque.
After the fall of Granada in 1492 and complete Christianization of the ancient Nasrid capital, many voices in Córdoba called for the complete transformation of the Mosque into Christian Cathedral, as it had happened in Seville Cathedral, where Gothic fabric replaced Muslim building excepting Patio de los Naranjos and minaret, which was transformed into bell tower (Giralda). In 1523 Emperor Charles I approved a project from the City Council. They commissioned the works to Hernán Ruiz the Elder, who already had experience in the Cathedral of Seville.
Hernan Ruiz was able to solve all problems basing on a thorough knowledge of late Gothic architecture and the fragile continuous mosque structure. Thus, both site selection and construction methods employed searched for the use and integration of existing elements, as in the first Gothic intervention.

Current Vault plan
In this way qibla wall built by Abderrahman I, who had been drilled in Abderrahman II enlargement and continued by Almanzor, was considered one of the strongest elements in the building and used as basis for new buttresses. Resulting symmetric system absorbed two bays, which guaranteed respect for existing structure which surrounds the cathedral.

Longitudinal Section from Mihrab Axis.
Access was done using eastern wall, which had been drilled in Almanzor enlargement. Horizontal load was absorbed by buttresses placed over the columns, which served to define the side chapels. 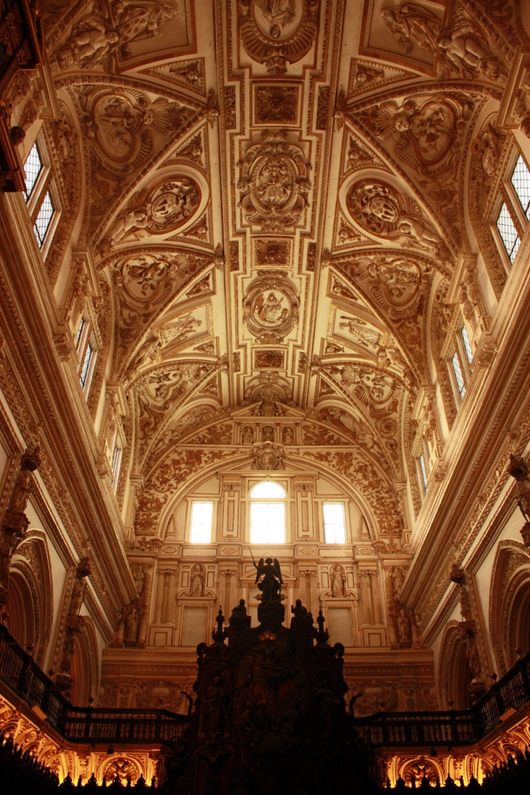 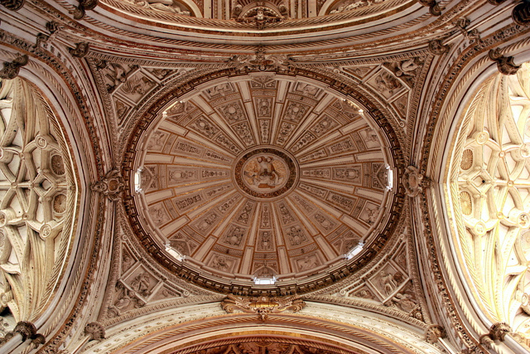 Transept vault in Renaissance Cathedral.
Cathedral access was made from the axis defined by Al-Hakem II mirhab, which is now is interrupted by both two Christian churches, finally breaking its Islamic sacred character. 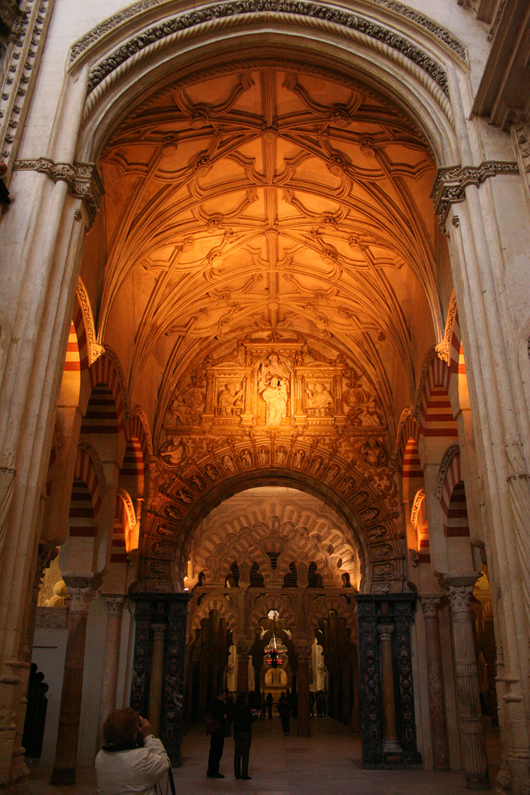 Access to Cathedral from Mihrab axis.
Despite criticism, which considered this intervention as something alien breakings the Islamic isotropic space, the fact is that the cathedral was inserted with great precision and shows the architect ability link two seemingly opposing spaces. 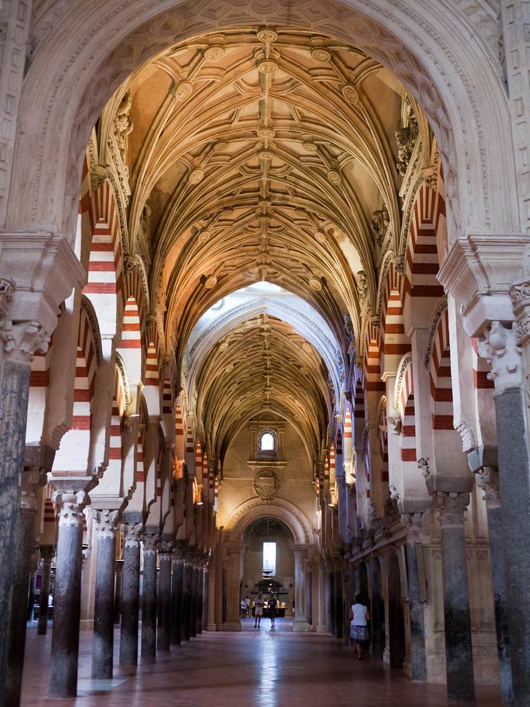 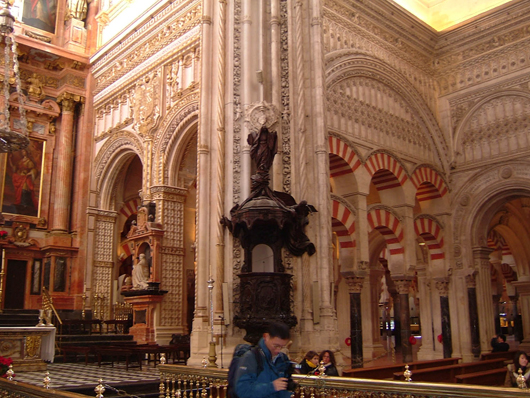 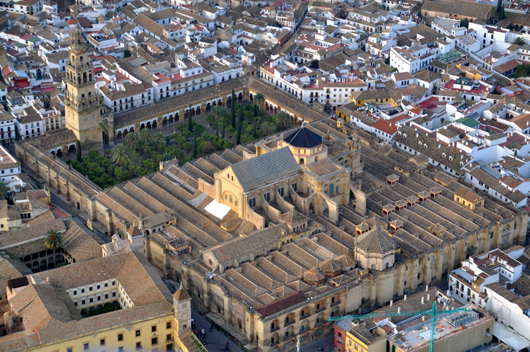