Unlike general belief that Muslim cities, as well as medieval, lack any form of planning, Abbasid caliphs established a number of cities (Baghdad, Samarra, Cairo, Kairouan) and a series of palace complexes derived from a rigorous planning in grid, or from axis, or circular. Baghdad foundational core is circular, with a double mud wall protecting the palace buildings which spread concentrically, and four doors opened toward cardinal points. Caliph's palace and mosque stood in a central square. This structure vaguely recalls to Vitruvius proposed city model. Medina Azahara, a palatine town near Cordoba in Spain, is also another example of urban planification during umayyad caliphate, following a reticular pattern. 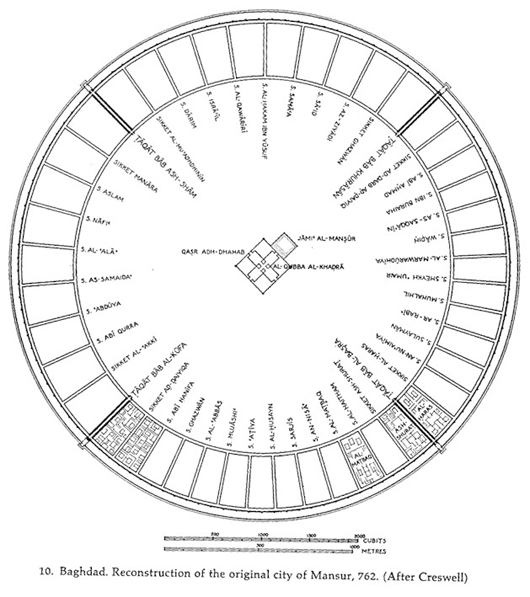 Bagdad, reconstruction of the original city of Al-Mansur, 762. 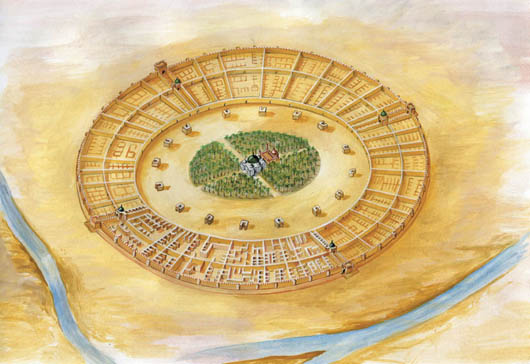 Bagdad, aerial reconstruction of the original city of Al-Mansur, 762. 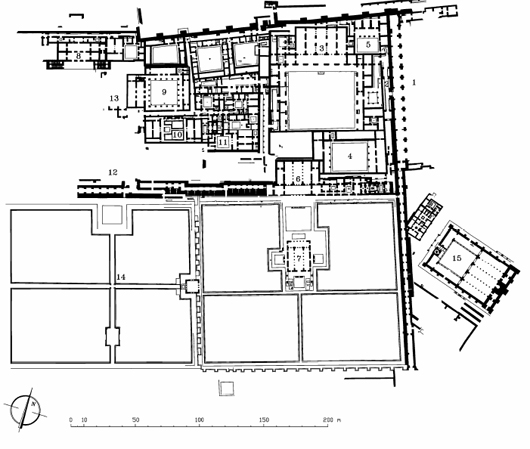 Plan of palatine area of Medina Azahara, founded by caliph Abd-al-Rahmán III in 936.
From about 10th century, any important city equipped with towers and fortified walls, elaborate gates and a prominent urban citadel (qal'a or alcazaba). Citadels were built using characteristic materials from surrounding regions: stone in Syria, Palestine and Egypt; or brick, stone and mud in Iberian Peninsula and North Africa. An outstanding example of architecture is Ribat. From a technical point of view, it was a fortified palace for Islamic warriors who defensed borders, either temporarily or permanently. Susa Ribat in Tunisia recalls early Islamic palaces, but differs from them in its interior distribution with large rooms, as well as its mosque and minaret. 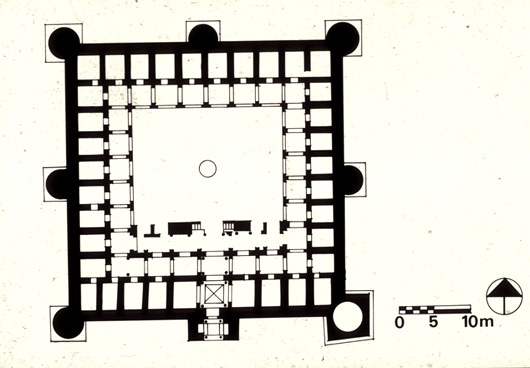 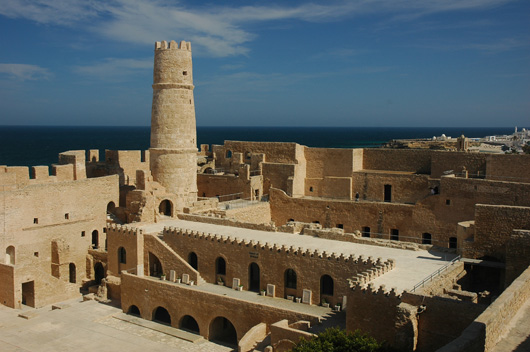 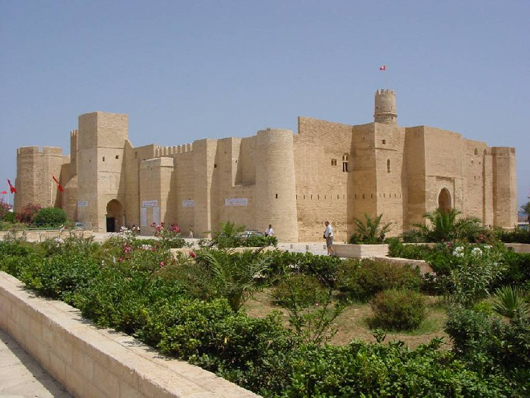 Ribat of Susa, Tunisia (851). Exterior.
Most Islamic cities are divided into districts based on ethnic and religious affinity, which is an urban organization system that allows an easy civic administration. There is a mosque in every neighborhood. Inside the mosque or near it, there is also a bath house, a fountain, an oven and some shops. Its structure consists in a network of streets, alleys and housing. Depending on region and period, houses adopt different features that respond to different historical and cultural traditions, climate or available building materials. 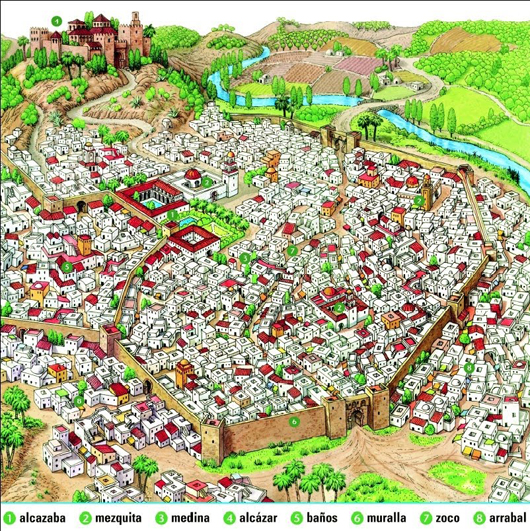 Ideal Scheme of a muslim city.
Market (suq, zoco) acts as a hub for local businesses, and is in fact most important characteristic element in Islamic cities. Distance from the mosque to market determines their spatial organization in specialized guilds. For example, professions considered as clean and honorable (librarians, perfumers and tailors) are located close to the mosque, while occupations associated with noise and odor (blacksmiths, tanners, dyers) are located progressively further from it. This topographic distribution meets requirements based strictly on technical and hygienic criteria. 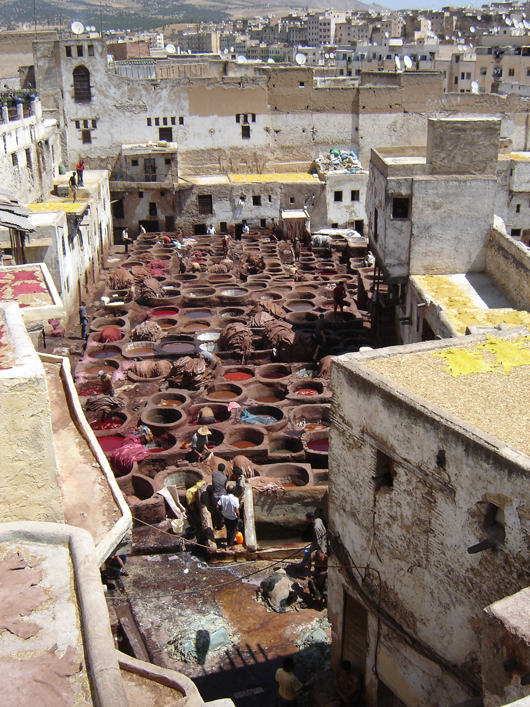