It seems likely that Seljuks were the first ones in building madrasas in Persia in early 11th century, when they were small buildings with a central domed hall with two side iwans. Another typology with an open courtyard and a central iwan surrounded by galleries was lately developed. In Anatolia, during 12th century, madrasa was transformed into a multifunctional building that served as a medical school, psychiatric hospital, hospice, public dining rooms (imaret) and mausoleum. 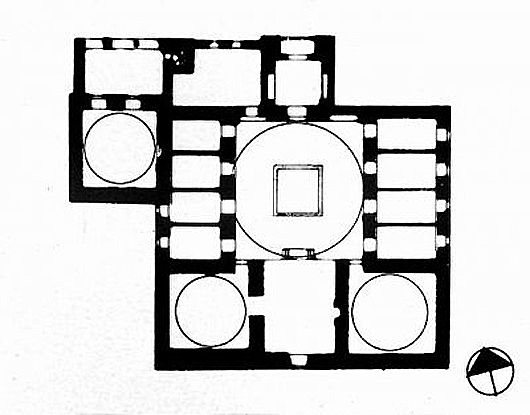 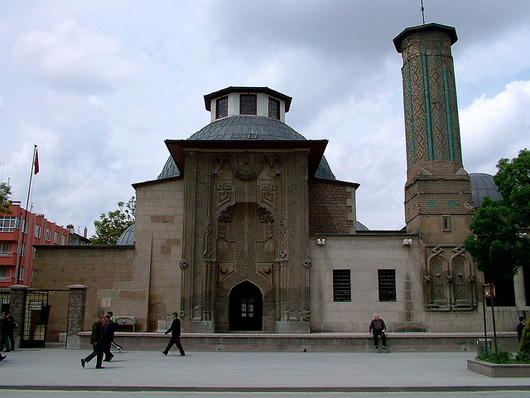 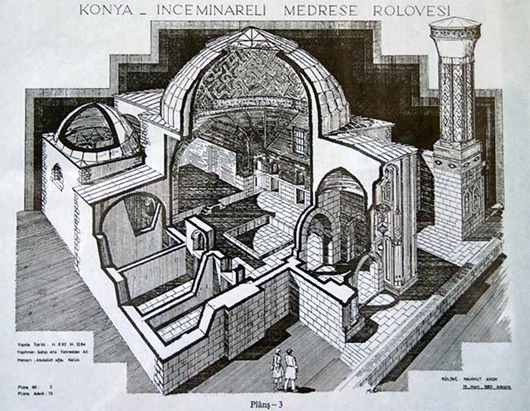 Ince Minaret Madrasa, Konya, Turkey (1258-1279). Volume.
Spread of orthodox Sunni Islam reached a new peak in Syria and Egypt under the reign of Ayyubid and Zenys (12th - 13th century). This led to the emergence of madrasa, founded by a civic or political leader for development of Islamic jurisprudence. its foundation had been followed by a financial grant in perpetuity, usually the rents of lands or property in the form of an orchard, a few shops in a market (suq) or baths (hammam). Madrasa traditionally responded to a cruciform plan with a central courtyard surrounded by four iwans. This building soon became the dominant architectural form, from which the mosques have adopted four iwans plant. Lately, it will loose its unique religious and political role as a propaganda instrument and will begin to take on broader civic functions as mosque and mausoleum in honor of the benefactor. Construction of madrasas in Egypt, especially in Cairo, gained new impulse with the arrival of Mamluks. Typical Cairo Madrasa from this period consisted of a huge building with four iwans, a striking stalactite portal (muqarnas) and splendid facades. With the seizure of power by Ottomans in 16th century, twin foundations (typical mosques-madrasa) were disseminated in the form of large ensembles which enjoyed imperial patronage. Iwan gradually disappeared, replaced by one dominant domed room. Substantial increase in the number of domed cells for students is one of Ottoman madrasas characteristic element. One buildings type that may be related to the madrasa, both under its form and function is the Janqa. This term, rather than a specific building type, is referred to an institution that houses members of a Muslim mystical order. Historians have also used these terms as synonyms: in Maghreb, zawiya; in the Ottoman world, Telos; and in general, ribat. Sufism permanently dominated the use of Janqa, which was originated in eastern Persia in the 10th century. At its simplest form, Janqa was a house where a group of disciples gathered around a master (Chan) and was equipped with facilities for meetings, prayer and community life. Foundation Janqas flourished under Seljuks in 11th and 12th centuries, and benefited from the close association between Sufism and Shafi'i madhhab, favored by the ruling elite. 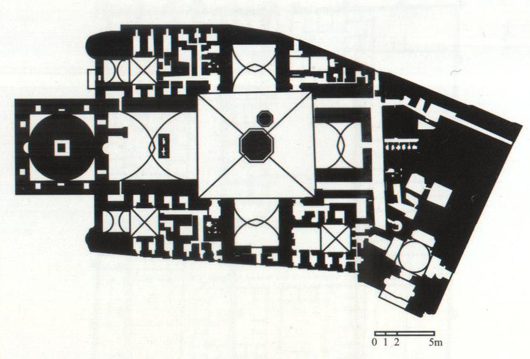 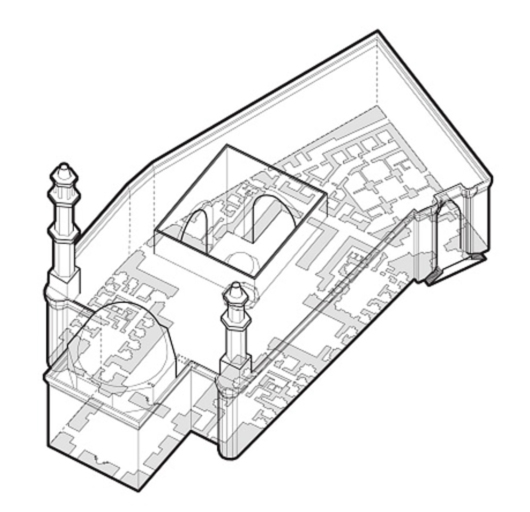 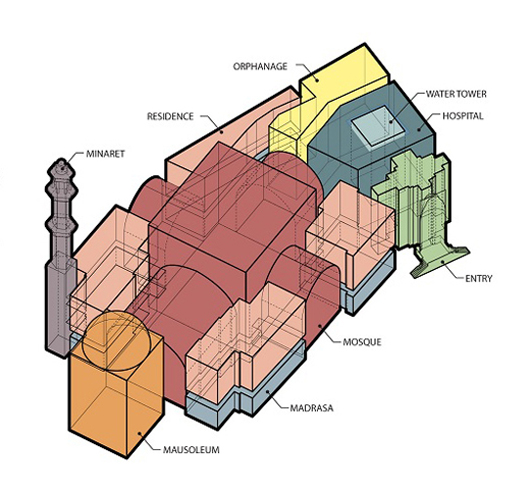 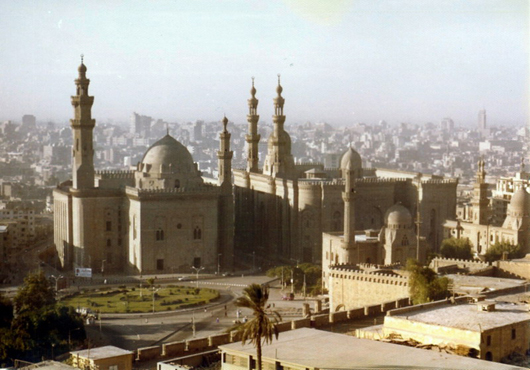 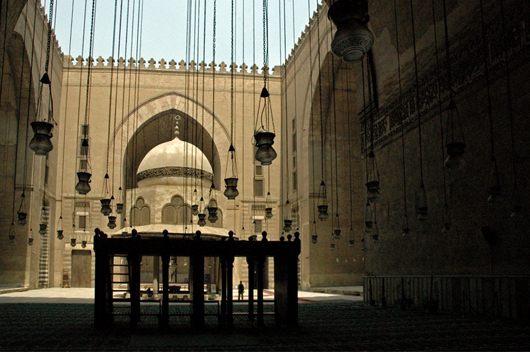 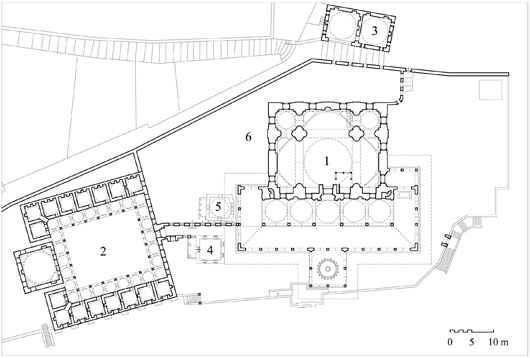 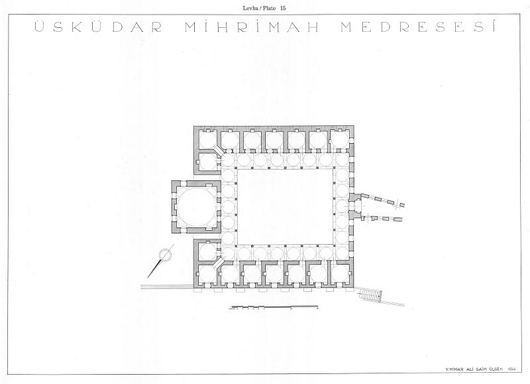 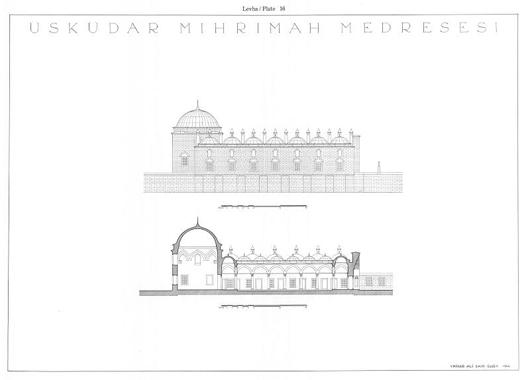 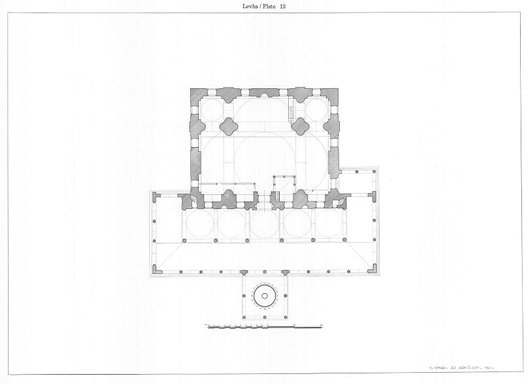 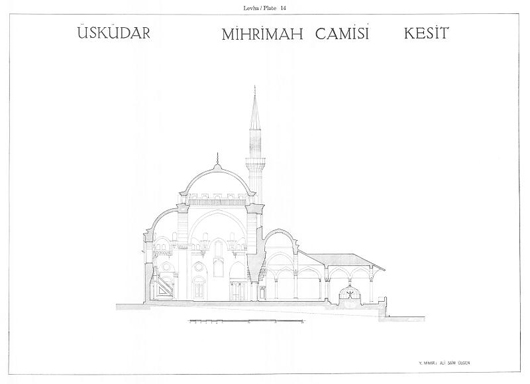 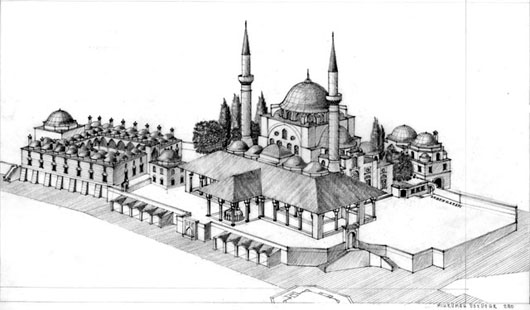 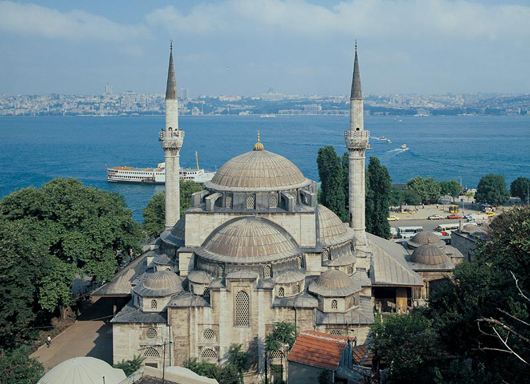 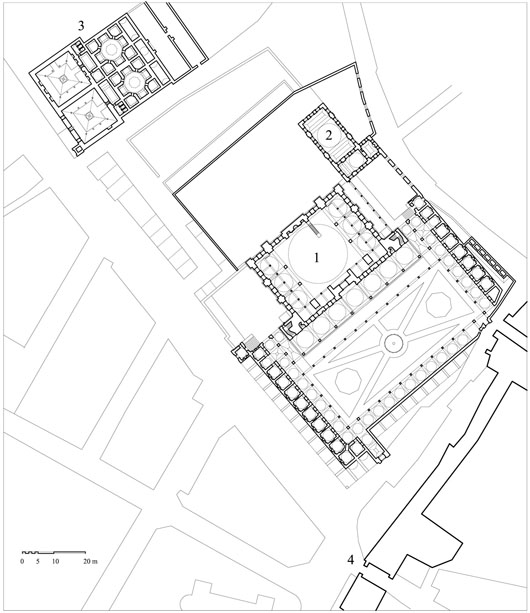 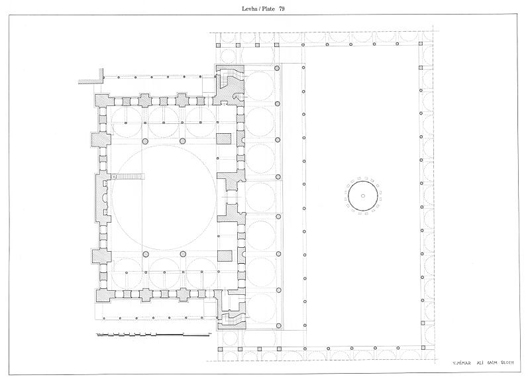 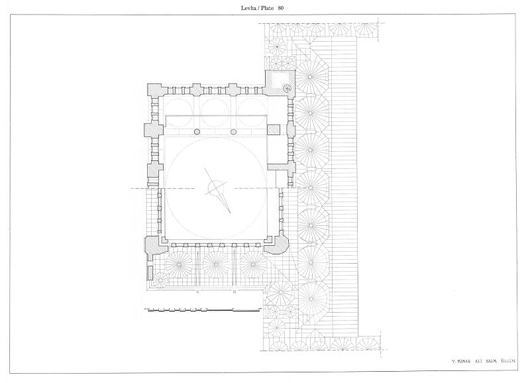 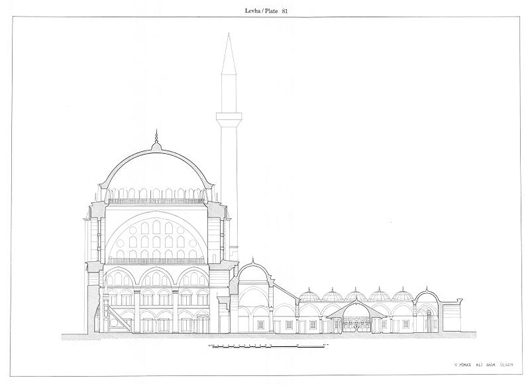 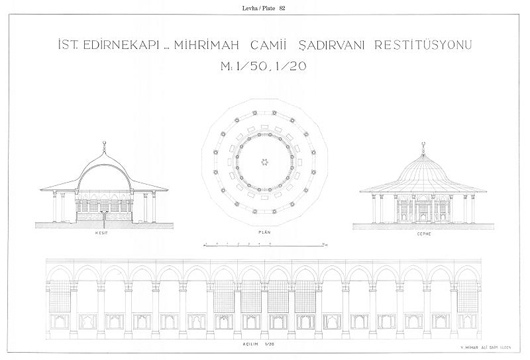 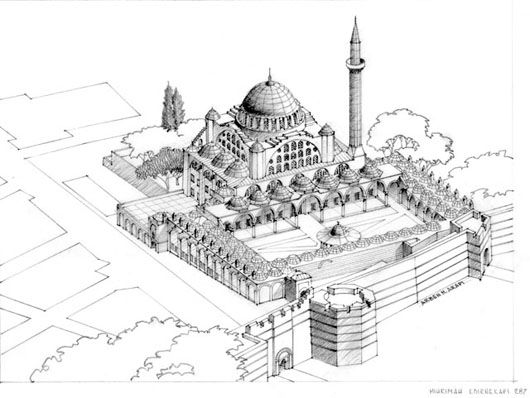 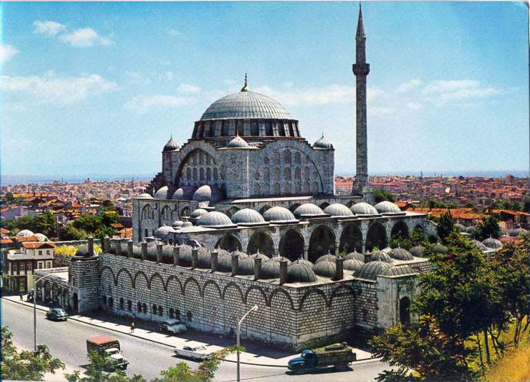 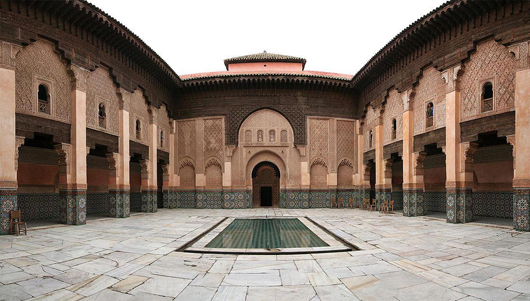 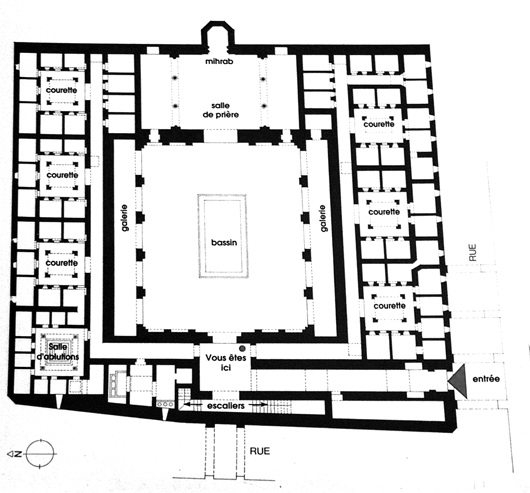