Ayyubid dynasty (1171-1250)
Ayyubid dynasty has its origins in the help request made by the last Fatimid sultan, Al Adid, to Nur-al-Din, Sultan of Syria, to raise the Siege of Cairo in the context of Third Crusade. Nur-al-Din sent General Saladin who finally proclaimed Sultan after Al Adid's death. Later, after Nur-al-Din's death, Saladin also proclaimed Sultan of Syria and will shake the states created by Christians in the first crusades. 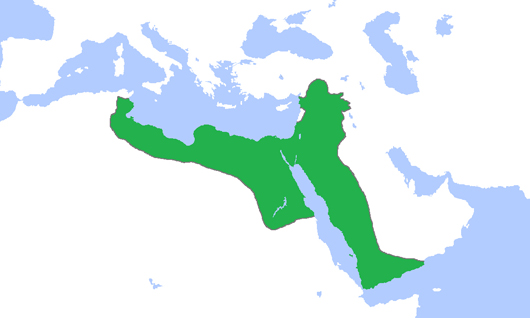 Greatest extent of the Ayyubid Empire under Saladin in 1188
Ayyubids were important architecture patrons. They established religious institutions (madrasas, khanqa) for spreading Sunni Islam (as Egypt had been Shiite during Fatimid dinasty) as well as mausoleums and social welfare establishments, and imposing fortifications resulting from military conflict with Crusaders. Aleppo Citadel in Syria is a remarkable example of their military architecture. 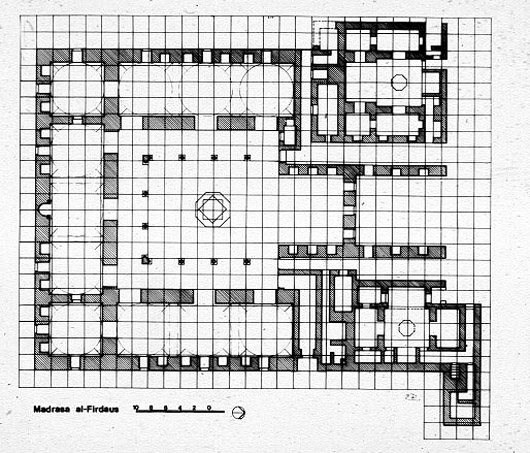 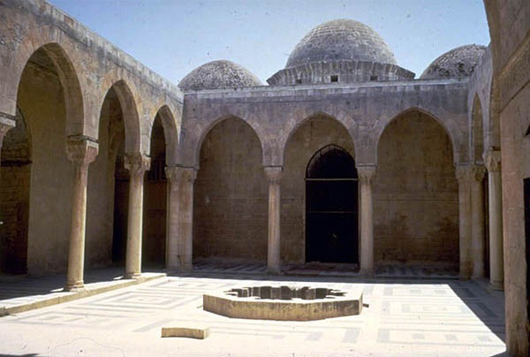 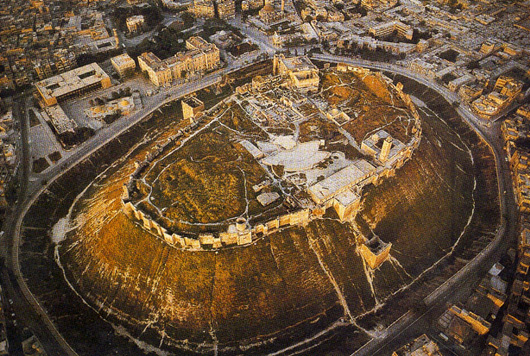