Abbasid Dynasty (750-1258)
Abbasid Dynasty based its origins in Abbas ibn Abd al-Muttalib (566-652), one of Prophet Muhammad's youngest uncles. Their descendants settled in Persia, where led a revolt against the Umayyads in 747, organized by Ibrahim, fourth-generation descendant of Abbas. Defeated and executed, his brother Abdullah, known as Abu al-Abbas as-Saffah, continued the fight and after a decisive victory in the Great Zab River in 750, crushed the Umayyads and was proclaimed caliph (750-754). His brother and successor, Al-Mansur (754-775) moved the political center of Islam from Mediterranean to Mesopotamia, founding the city of Baghdad in 762. This factor influenced the development of Islamic civilization, and whole range of cultural and artistic events was marked by this change. 150 years after gaining control of Persia, the caliphs were forced to cede power to local dynastic emirs who only nominally acknowledged their authority. The caliphate also lost the Western provinces of Al Andalus, Maghreb and Ifriqiya to an Umayyad prince, the Aghlabids and the Fatimids, respectively. 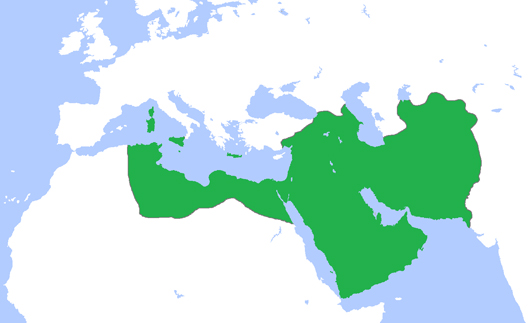 Abbasid Caliphate at its greatest extent (c. 850)
Abbasid art and architecture were inspired by three great traditions: Sassanid, Central Asian and Seleucid. Influence of Central Asia was already present in Sassanid architecture, but in Samarra this influence was reflected in the way of working with arabesque stucco ornaments which quickly spread throughout the Islamic world. Influence of Abbasid monuments can be seen in buildings constructed during that period in other regions of the empire, but especially in Egypt and Ifriqiya. Mosque of Ibn Tulun (876-879) in Cairo is a masterpiece notable for its plant and its unity of conception. It was inspired by the model of the Great Abbasid Mosque of Samarra, especially its spiral minaret. In Kairouan, capital of Tunisia, the Aghlabids (800-909), vassals of Abbasid caliphs, extended the Great Mosque of Kairouan, one of most venerable congregational mosques in Maghreb and its mirhab is lined with Mesopotamian tiles. 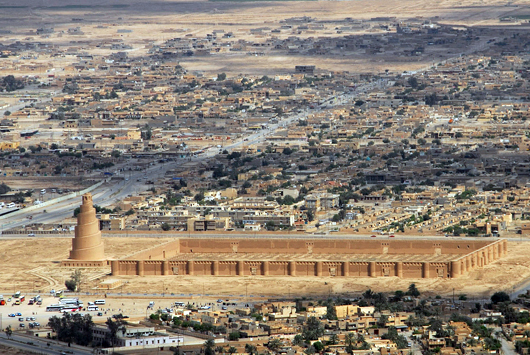 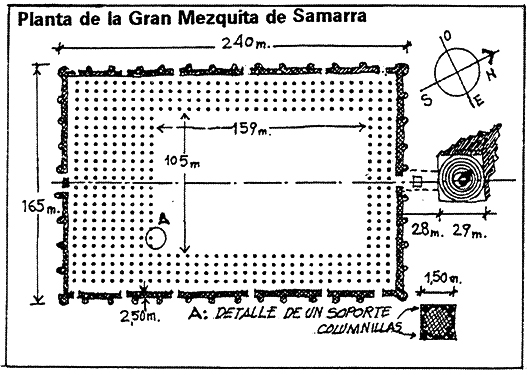 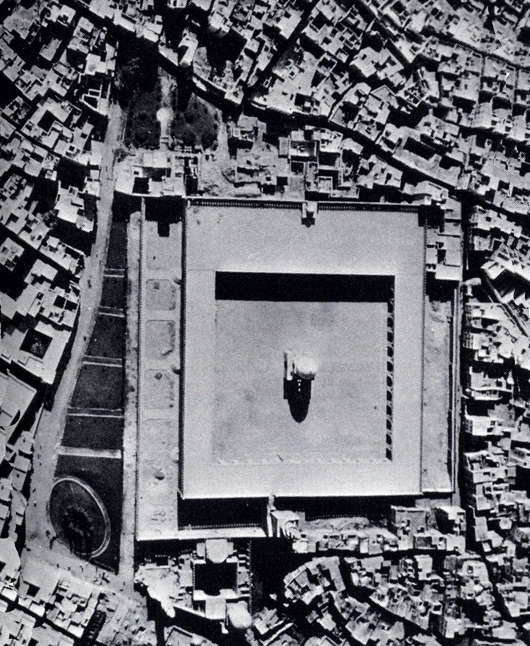 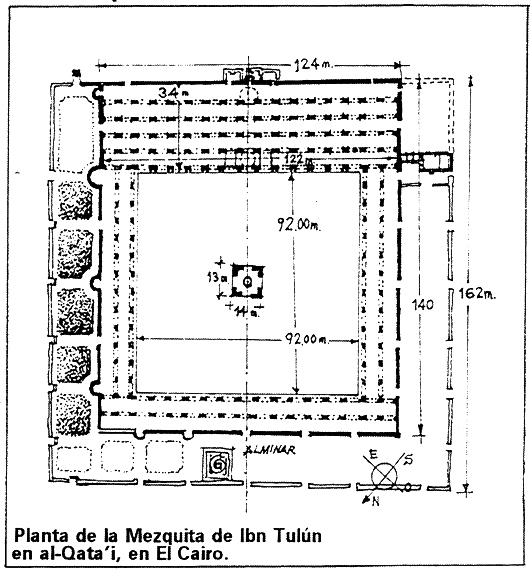 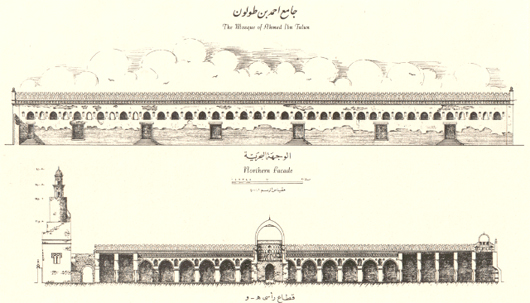 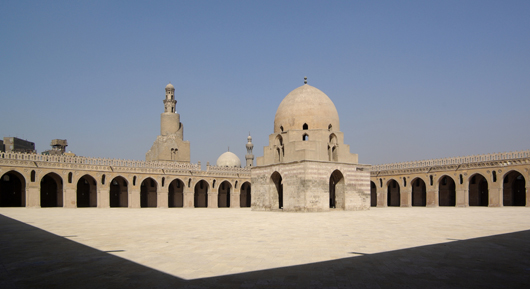 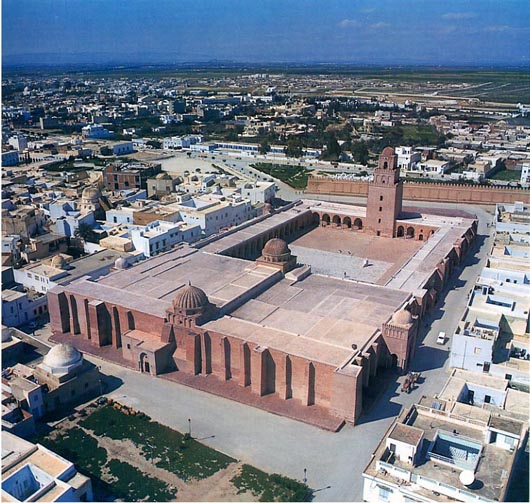 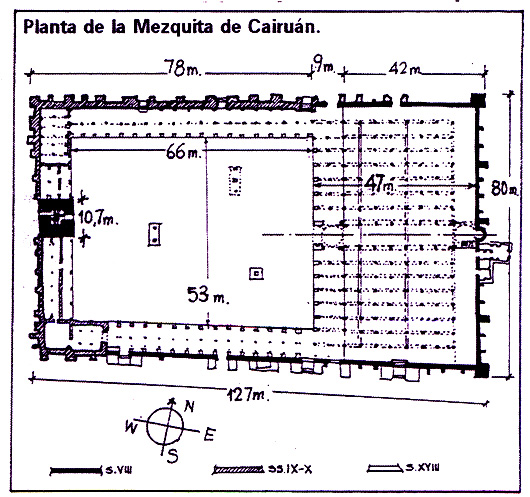 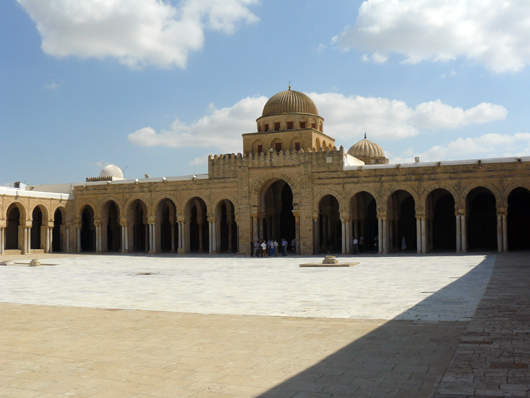 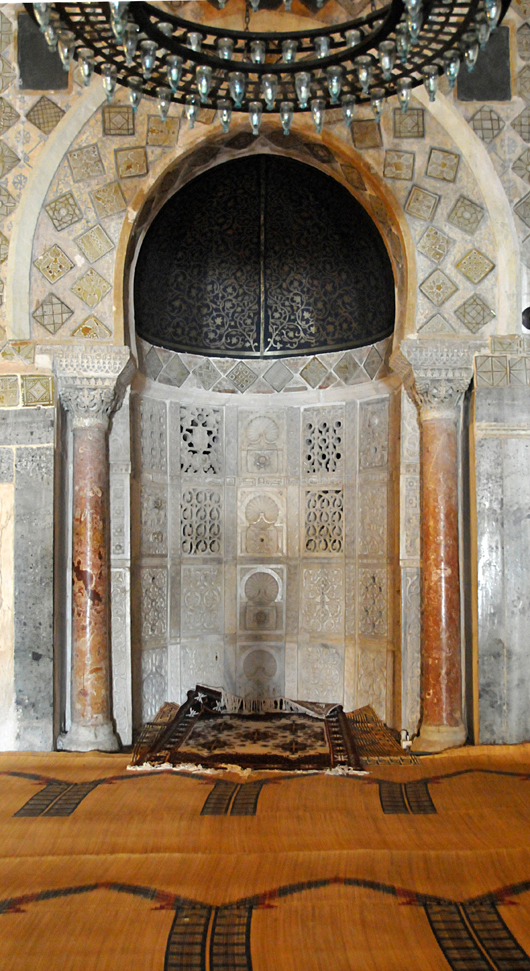